Marina Silva took over Brazil's Ministry of the Environment and Climate Change in a ceremony held on Wednesday (4). In an emotional speech, she highlighted the new structure of the cabinet, which will now have a department to combat deforestation and fires. She also mentioned the need to put Brazil back into the leading role in the global socio-environmental agenda.

Accordingly, Silva stressed the need for restructuring the Ministry and its agencies and the cross-cut role of the environmental agenda in the new government. For Silva, MMA must be an enabler of economic and social development without harming but protecting the country's natural resources appropriately.

To this end, the minister also highlighted the importance of people in preserving Brazilian biomes - particularly Indigenous peoples and traditional communities - and in surveilling and monitoring environmental crimes through the Ministry's officials and agencies.

The change in the structure and priorities of the new cabinet adds to a series of executive orders and provisional presidential decrees signed by Minister Silva and President Lula. Several of them are related to the restructuring of the environmental agenda. In its new structure, MMA is organized into the following departments:

One of the new features of the restructured cabinet is the creation of the Extraordinary Department for the Control of Deforestation and Fires, connecting the re-activated Permanent Inter-ministerial Commission for the Prevention and Control of Deforestation. The President's Chief of Staff will chair it since it will have the active participation of several ministries.

The commission's first task will be developing and approving a new Action Plan for the Prevention and Control of Deforestation in the Legal Amazon (PPCDAm) because this biome registers the highest deforestation rates in the country, mainly due to illegal activities.

Nevertheless, the commission must draw equivalent plans for all biomes. Beyond the new PPCDAm, it should also create the PPCerrado, aimed at controlling deforestation in the Cerrado - the second Brazilian biome most affected by deforestation, which has already lost more than 51% of its original coverage.

2. Indigenous Peoples
Another feature in the structure of MMA is the National Department of Traditional Peoples and Communities and Sustainable Rural Development, bringing back to the core of the environmental agenda the lands of traditional populations, which cover more than 1.4 million km2 in the Amazon and Cerrado. This initiative expands actions to encourage the socio-biodiversity economy, such as food production through agro-forestry systems, sustainable extractive activities, and wood management. The department should work alongside the newly created Ministry of Indigenous Peoples, led by the Indigenous leader and congresswoman Sonia Guajarara.

3. Amazon Fund
In one of his first acts, President Lula reinstated good governance rules for the Amazon Fund - a crucial financial mechanism to support sustainable activities - reestablishing the structure in place before the Bolsonaro government imploded it. The technical and advisory committees were reinstituted, counting on the inclusion of civil society and transparency rules for social control. It will allow unlocking more than R$ 3 billion currently available – and the German government has already announced that it would release R$ 200 million of the amount it had held.

The most critical measure adopted on the first day of government came through Federal Decree 11373/23. It repealed most of the changes made by the Bolsonaro administration in Decree 6514/08, which aimed at regulating the process of punishing environmental violations. The changes enacted by Bolsonaro were intended to paralyze administrative procedures and thereby ensure nonliability – and were successful.

A survey conducted in 2021 by WWF-Brazil and Climate Policy Initiative identified that nearly all (98%) of the 1,154 infraction records filed after October 8, 2019 - when the then Minister Salles/Bolsonaro administration changed the rules of the sanctioning process - were frozen because it was not possible to carry on hearings provided for by the new regulations.

Lula's presidential decree eliminates the obligation of these hearings. It encourages the negotiated solution of the cases, including offering discounts to those violators who decide to pay the fine without appealing. Thus, case-solving will likely resume, avoiding their extinction due to over time within the statute of limitation. The legal changes made by Bolsonaro put at risk of falling into the statute of limitation more than 45 administrative proceedings, which would mean complete impunity for thousands of environmental crimes cases and the failure to collect more than R$ 18 billion in fines. It is likely, however, that even with the corrections now made by Lula, a few thousand cases will indeed prescribe.

Another important move of the MMA is resuming the rules for converting environmental fines into environmental protection and recovery projects. They had been modified by Salles/Bolsonaro, which led to a complete freeze of this program.

Decree 11373/23 establishes clear criteria for offenders to opt for conversion, allows them to choose projects pre-approved by IBAMA, and reestablishes rules of transparency in the use of resources. If properly applied, the resumed program can be an essential source of funding for forest restoration in the country, supporting the recovery of watersheds with water deficit problems, Indigenous Lands or illegally deforested Conservation Units, or even the reforestation of parts of the Amazon that are fundamental to the country's water cycle.

It is also worth mentioning Federal Decree 11369/23, ending the Small-scale and Artisanal Mining Support Program - an evasive way of describing unsustainable mining. This program did not have concrete measures to encourage mining expansion in the country. In fact, the most effective step of the Bolsonaro administration in this topic was to mostly ignore and ensure impunity for criminal groups involved in the mining industry. But its very existence indicated government support for a highly degrading activity. Lula had promised to reverse such a mechanism – and fulfilled his promise.

Finally, it is worth highlighting the order signed by the President in which the MMA must propose in 45 days rules to reestablish the operation of the National Council of the Environment – CONAMA. As the most important environmental collegiate in the country, it was responsible in the past for drawing and approving various rules of protection for air quality, water, endangered species, and environmental licensing, among others. Bolsonaro had modified the rules to weaken civil society's participation, allowing the Federal Government to decide by itself any incoming matter. These changes were judged unconstitutional by the Supreme Court (STF)  for injuring the right to civil society participation in environmental decisions. A proposed new operating rule is expected to bring agility to decisions while ensuring transparency and balanced involvement of the various sectors of society. 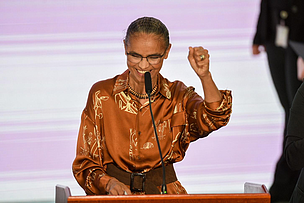 Silva's speech pointed out that mitigating emissions, fighting for climate justice, and combating environmental racism will be the main agenda of the body
© Jacqueline Lisboa / WWF-Brasil 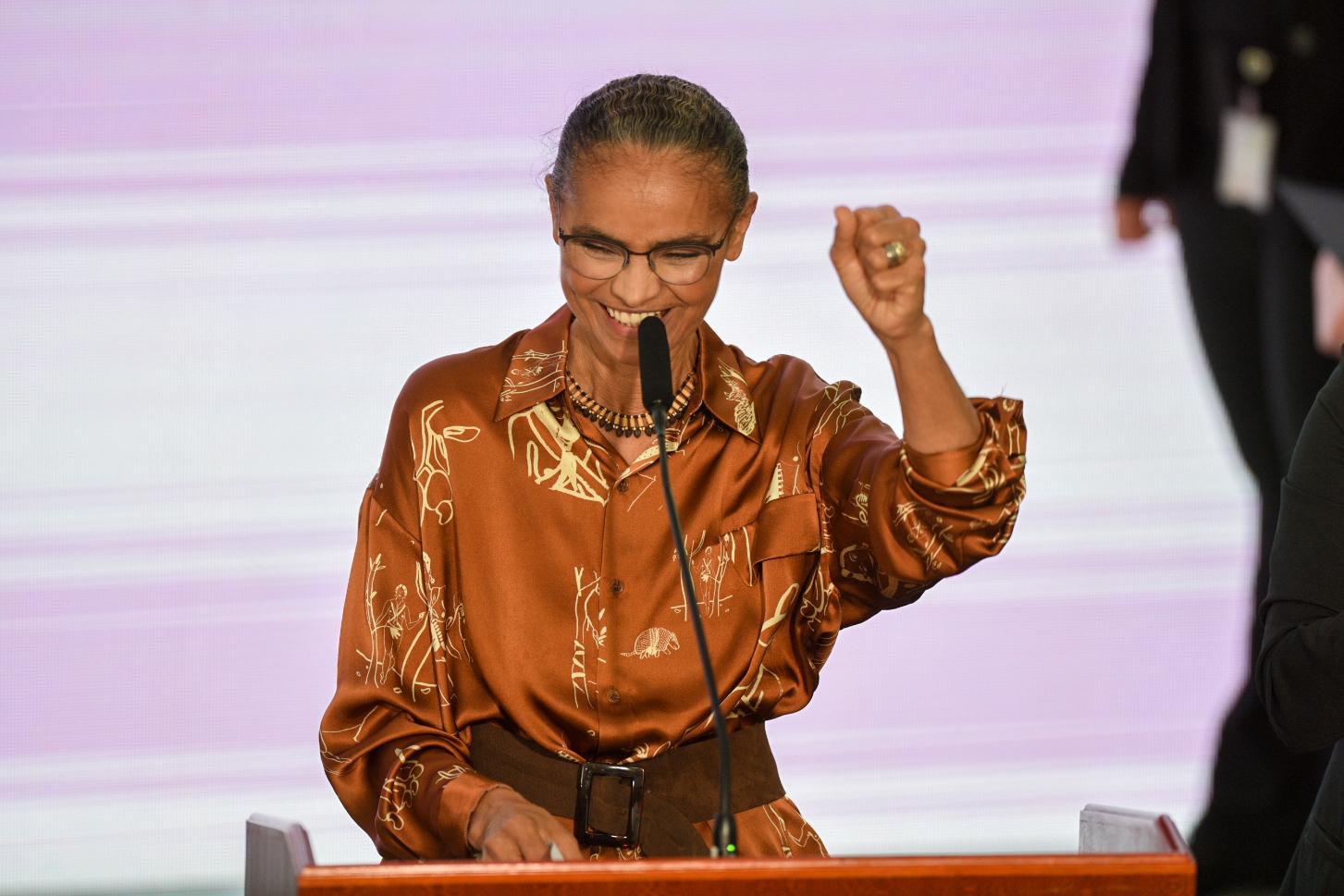 Silva's speech pointed out that mitigating emissions, fighting for climate justice, and combating environmental racism will be the main agenda of the body
© Jacqueline Lisboa / WWF-Brasil
DOE AGORA
DOE AGORA