Despite being the second largest biome in both South America and Brazil, the Cerrado – also called Brazilian savannah – is still little known to the Brazilian population. Currently, the biome suffers from the loss of its natural resources and the advance of deforestation, which directly impacts the ecosystem and increases the risk of extinction of native species. In order for people to know what is at risk, but also to show its economic potential, WWF-Brazil has just launched the Cerrado Sociobiodiversity Products Catalogue. The objective is to disseminate the possibilities of sustainable use of the biome natural resources, in addition to presenting the main community ventures in the Cerrado. The idea is to foster greater market opening and income generation for local peoples and communities.

“We are talking about a biome with an area of 2,036,448 km2, which accounts for about 23.9% of the Brazilian territory – reaching 11 states and the Federal District – being surpassed only by the Amazon in terms of extension. Nevertheless, few people know the richness of the Cerrado biodiversity. A total of 12,000 plant species and a variety of fruits with high nutritional and commercial potential are estimated. The work presented in this catalogue aims to contribute to a greater appreciation of the Cerrado and its respective traditional peoples and communities, in addition to presenting the great potential of its products in terms of commercial use and human food", says Ana Carolina Bauer, conservation analyst at WWF-Brazil.

Among the native species highlighted in the survey are araticum, babassu, bacuri, baru, buriti, cagaita, cajuí, golden grass, coquinho-azedo, fava-d'anta, gueroba, jatobá, jenipapo, licuri, macaúba, mangaba, murici, pequi, pitomba and umbu. These are fruits that can be marketed in natura or as ingredients of different products, such as liqueurs, sweets, jams, porridge, cakes, juice, ice cream and appetizers. They can also be used in cosmetic and pharmaceutical products, as well as handmade items and for power generation. To assist the general public, companies and other interested organizations, the material provides a description of uses and commercialization, as well as technical information, such as scientific names, crops, areas of occurrence, most common uses and economic importance. "Our goal is to value the natural heritage and we believe that the basis for all that is in knowledge and sharing of information", says Ana Carolina.

The second part of the Cerrado Sociobiodiversity Products Catalogue brings the mapping of some community ventures that market local products, as well as general information, list of products and business contacts. There is a total of 60 points distributed in the Federal District, Goiás, Maranhão, Mato Grosso, Mato Grosso do Sul, Minas Gerais, Piauí and Tocantins, including associations and cooperatives formed by indigenous leaders, women and traditional communities that work from the production to the commercialization of the native fruits.

“The Cerrado traditional peoples and communities have a crucial role, as they involve the entire extractive chain and promote the conservation and sustainable use of the local biodiversity. And that directly impacts the quality of life of those traditional peoples, and the opportunity for new income sources. Which is the purpose of our survey: support traditional communities without losing the essence of their traditions and culture. Work in favor of a healthier future, where people and nature can live sustainably and in harmony" she concludes.

WWF-Brazil is a Brazilian NGO that has been working collectively with civil society partners, academia, governments and companies throughout the country for 26 years to fight socio-environmental degradation and protect the lives of people and nature. We are connected in an interdependent network that seeks urgent solutions to the climate emergency. Donate. 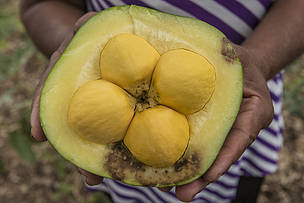 Pequi, important for the income of the Cerrado communities, is one of the species most threatened by climate change
© André Dib / WWF-Brasil 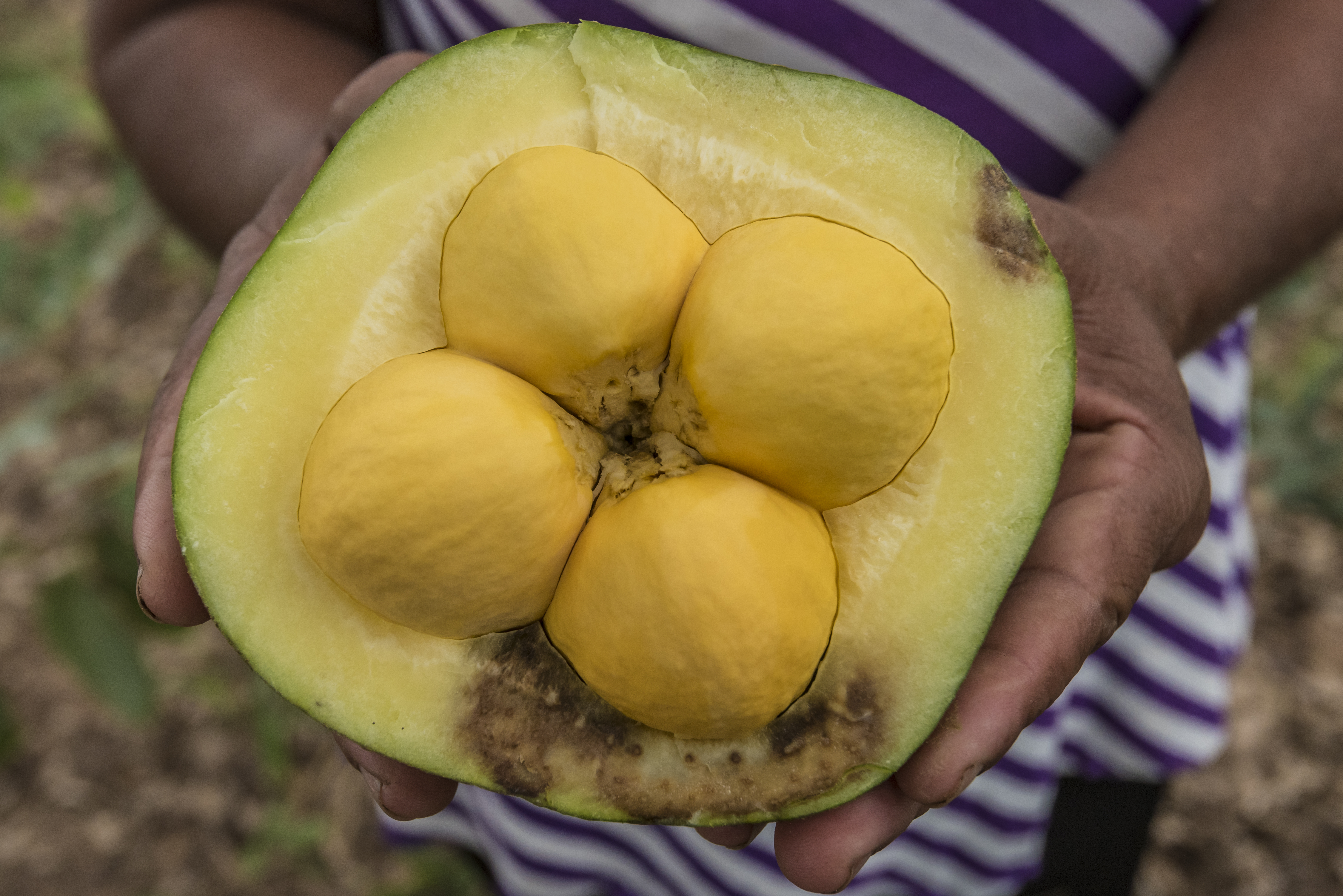 Pequi, important for the income of the Cerrado communities, is one of the species most threatened by climate change
© André Dib / WWF-Brasil
Download
Cerrado Sociobiodiversity Products Catalogue
PDF 7.20 MB
DOE AGORA
DOE AGORA