In April 2022, INPE’s (National Institute for Space Research) real-time deforestation alert system, DETER, recorded an area of ​​1,012 km² under deforestation alert in the Amazon – an increase of 75% compared to the same month in 2021 (580 km²). This is the worst result for the month of April since 2016. A figure like this is usually only reached in May and June, when we get close to the seasonal deforestation peak. The states in the worst situation were Amazonas (347 km²), Pará (287 km²) and Mato Grosso (242 km²).

“The context forms a perfect storm”, explains Raul Valle, director of Social and Environmental Justice at WWF-Brazil. “Internally, we have three years of impunity, with a reduction in control, inspection and assessment actions, aggravated in 2021 by an even more permissive speech because of the election season. And, because of the war, the scarcity of products increases the value of commodities and the false idea prevails that it is necessary to deforest more to produce more, which is a mistake. The forest will not be able to withstand four more years with this pressure.”


It's just the beginning

“This figure is extremely high for this period, which marks the beginning of the dry season in the Amazon, when deforestation tends to increase”, says Mariana Napolitano, WWF-Brazil manager for Science. “It is a warning for the huge pressure that the forest is suffering this year.”

Napolitano explains that, at this rate, the records of destruction will be shattered this year: “This deforestation is mostly illegal, caused mainly by the increase in the invasion of public land (land grabbing), illegal mining and more intense conflicts in the region”.

"The deforesters doubled their bet in 2022 after three years of impunity and in an electoral atmosphere", says Raul Valle. "There is a reduction in the actions of control, inspection and assessment in this federal administration and, in Congress, there is a package of bills that promote destruction. The forest is getting closer and closer to a point where it will not be able to recover."


The significant increase in the area under degradation alerts is also an important sign of other forms of pressure on the forest. “Degradation takes into account areas that have been selectively cut, for example. Selective logging can change the forest structure, but it is not considered deforestation. However, it can be the first stage of a process to completely remove trees from a forest”, explains Napolitano. In April, there were more than 240 km² of alerts in this category, totaling 506 km² in the first four months of this year – practically double the degraded area observed in the same period in 2021 (256 km²).


The disclosure of deforestation data takes place amidst the vote on the “Green Package” in the STF (Supreme Federal Court, in Portuguese), which actions can stop the destruction. Among the texts analysed by the Court are the ADPF (Allegation of Breach of Constitutional Precept) 760, which calls for the resumption of the PPCDAm (Action Plan for the Prevention and Control of Deforestation in the Amazon) and compliance with Brazil's climate goals; and the ADO (Direct Action of Unconstitutionality by Omission) 54, which  holds the federal administration accountable for negligence in combating deforestation.

On April 6, the trial was interrupted at the request of Minister André Mendonça, appointed by President Jair Bolsonaro to the post, who requested more time to analyse the cases. According to the House bylaws, the deadline is 30 days, but there is still no estimate for the analysis in the plenary.

On the opposite direction, the National Congress analyses the projects of the so-called “Destruction Package”, which, if approved, will worsen deforestation in the Amazon and threaten indigenous populations and traditional communities, as is the case with the serious complaint in the Yanomami Indigenous Land. On the 25th, the case of a 12-year-old Yanomami girl who died after being raped by miners shocked the country. During the search, the community was found burned and abandoned. 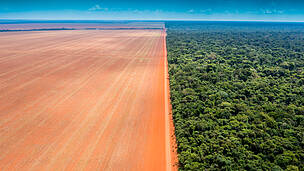 It is the worst result for the month of April since 2016: DETER System recorded an area of 1,012 km² under alert in the Amazon
© Kamikia Kisedje/WWF-Brasil

It is the worst result for the month of April since 2016: DETER System recorded an area of 1,012 km² under alert in the Amazon
© Kamikia Kisedje/WWF-Brasil 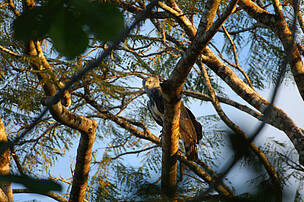 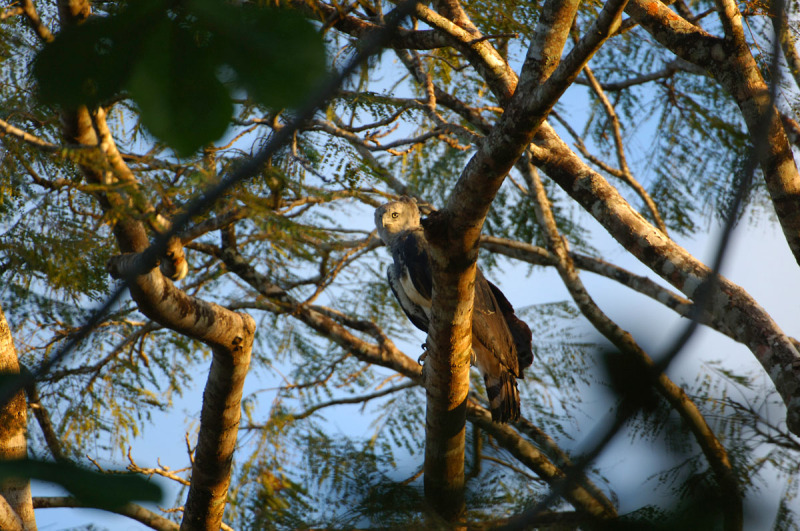