Deforestation increases steadily in the Amazon 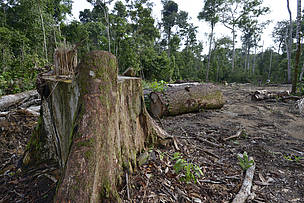 Consolidated monthly alert data between January and April 2020 indicates that at least 10% of deforested areas are within Protected Areas and Indigenous Lands. Taken together, these alerts cover an area of 125 km2, which represents a 78% increase over 2019.

According to Mariana Napolitano, Science Manager at WWF-Brazil, actions by the Federal Government may further aggravate the deforestation situation in the Legal Amazon.

"While in the National Congress some parliamentarians from backward sectors try to implement Bill 2633, which regulates land grabbing, the Executive further weakens the management and inspection of Protected Areas, with a set of actions that reduce the protection of Brazilian ecosystems, including the inoperability of the Amazon Fund, the drastic reduction in inspection actions, the dismissal of civil servants and the extinction of leadership posts in PAs, reducing the command of parks, reserves, ecological stations and EPAs ", she said. 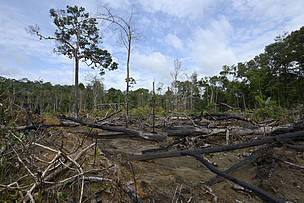