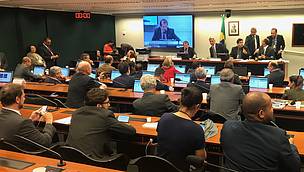 Brazilian society achieved an important victory lastTuesday, December 4. Bill 6670/2016, which sets forth the National Policy for Reduction in Pesticide Use (PNARA), was passed in a Special Committee in the House of Representatives. The bill can now be voted on the House Floor and, if approved, will be voted by the Senate.

Maurício Voivodic, executive director of WWF-Brazil, acknowledges the significance of PNARA’s approval in the Committee. “This breakthrough happened in a complex political context, and this gives us the assurance that socio-environmental policies can advance in Brazil. This is a bill that was created with broad participation of civil society; a positive and extremely relevant agenda from the perspective of conservation and public health care”.

According to Representative Alessandro Molon, chair of the Committee, it was a historic victory. “This is a bill against the poison put in the food of millions of Brazilians. Studies prove that a significant portion of cancer cases result from the indiscriminate use of pesticides. Now we need the House Floor to pass PNARA, promoting health and life”, he declared. Also according to Mr. Molon, passing a bill arising from a popular initiative strengthens Brazilian democracy. “The participation of civil society improves the parliament".

For Representative Nilto Tatto, who was the bill’s rapporteur, PNARA creates mechanisms for the Brazilian society to rethink the current agricultural model, based on monoculture and intensive use of pesticides: “PNARA will pave the way to promote biopesticides, reduce subsidies for the current model, based on the application of poison on a large scale, and stimulate the prospect of agroecology. It will contribute to the growth of organic agriculture”.

According to Michel Santos, head of WWF-Brazil’s Policy Division, the society now needs to put pressure on the representatives so that the bill also passes on the House Floor. “Today is a day to celebrate and to regain our faith in the Brazilian democracy. The Representatives in the Committee have acted as representatives of the interests of society".

The bill was introduced by popular initiative and had numerous contributions from civil society. It provides for the monitoring of pesticide residues in food and water, economic and financial measures to stimulate production of clean, organic and biological agricultural inputs, research to develop sustainable production techniques, and appropriate technical support for those interested in sustainable production. 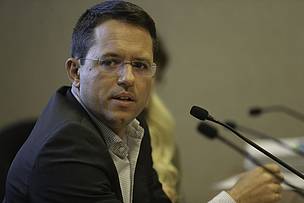 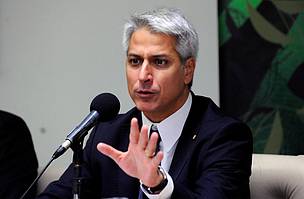 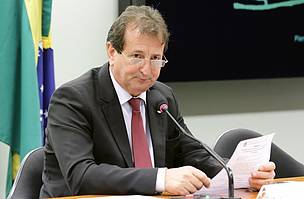