The measure, which seeks to ascribe to the National Congress the responsibility for officially recognizing Indigenous Lands, Conservation Units and Quilombola Territories, was considered “inapplicable” by the senators, who requested to discontinue the Proposal of Constitutional Amendment immediately.
Jaime Gesisky

The Brazilian Senate has just sent to the House of Representatives a political message that can change the course of Proposal of Constitutional Amendment 215 (PEC 215), which seeks to transfer to the Congress the power to officially recognize Indigenous Lands, Conservation Units and Quilombola Territories. This week, in Brasilia, a group of 48 senators issued a manifest taking position against the measure that the House of Representatives has been trying to advance.

The adherence of over half of the senators to the document indicates that if the proposal reaches the Senate’s plenum, there is a big chance that it will be overturned.

The manifest counts with the support of social movements and civil society organizations, such as the Articulation of Indigenous Peoples of Brazil [Articulação dos Povos Indígenas do Brasil – APIB], the Socio-Environmental Institute [Instituto Socioambiental – ISA], the Missionary Indigenous Council [Conselho Indigenista Missionário – CIMI] and WWF-Brazil, among others.

The senators’ message is clear: they affirm that the PEC is “inapplicable”. According to the manifest, the House proposal “brings to the sphere of the Congress a political and legal error” and represents an “attack on the rights of Indigenous peoples”.

The signatories understand that if the PEC is approved, it will definitely paralyze the processes to regularize protected areas that are essential to the climate balance and to the maintenance of water sources and other environmental services.

Approximately 1,600 requests to regularize protected areas are currently under analysis in the Executive Branch. These processes are distributed among the National Foundation for Indigenous Peoples [Fundação Nacional do Índio – FUNAI]; the National Colonization and Agrarian Reform Institute [Instituto Nacional de Colonização e Reforma Agrária – NCRA], and the Chico Mendes Institute for Conservation of Biodiversity [Instituto Chico Mendes de Conservação da Biodiversidade – ICMBio]. These requests were bound to be directly forwarded to the Congress, which would start exercising functions that do not fall under its purview.

Furthermore, many requests proposing to create protected areas are now being challenged in the Judiciary. The Federal Supreme Court [Supremo Tribunal Federal – STF] would become the last instance responsible for deciding in relation to them, and this has been causing an even bigger confusion in regard to the roles of the branches in the Republic.

Experts are also stating that PEC 215 is unconstitutional, as it has an effect on – and restricts – fundamental rights of Indigenous peoples, extractivists and Quilombolas, which are secured in the Constitutional text.
“It does not make sense for the PEC to move ahead if the Senate’s majority is against it”, indicated Senator João Capiberibe (PSB/AP), as he announced the manifest.

According to the Senator, the PEC has been moving ahead without the necessary debate with the society. For this reason, most senators want the House of Representatives to stop its legislative transit immediately.

For the leader of the Articulation of Indigenous Peoples of Brazil (APIB), Sônia Guajajara, the representatives need to hear the senators’ heeding and avoid what she called a “breach of democracy” by the House of Representatives.

“The Senate is signalizing that it is watchful in regard to the foundations of democracy and the rights of the most vulnerable populations”, said Jean-François Timmers, Superintendent of Public Policies of WWF-Brasil.

In his view, this understanding must also prevail in relation to the dozens of other proposals currently in transit in the Congress that may threaten Indigenous peoples, traditional communities and the environment. 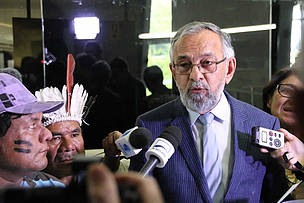 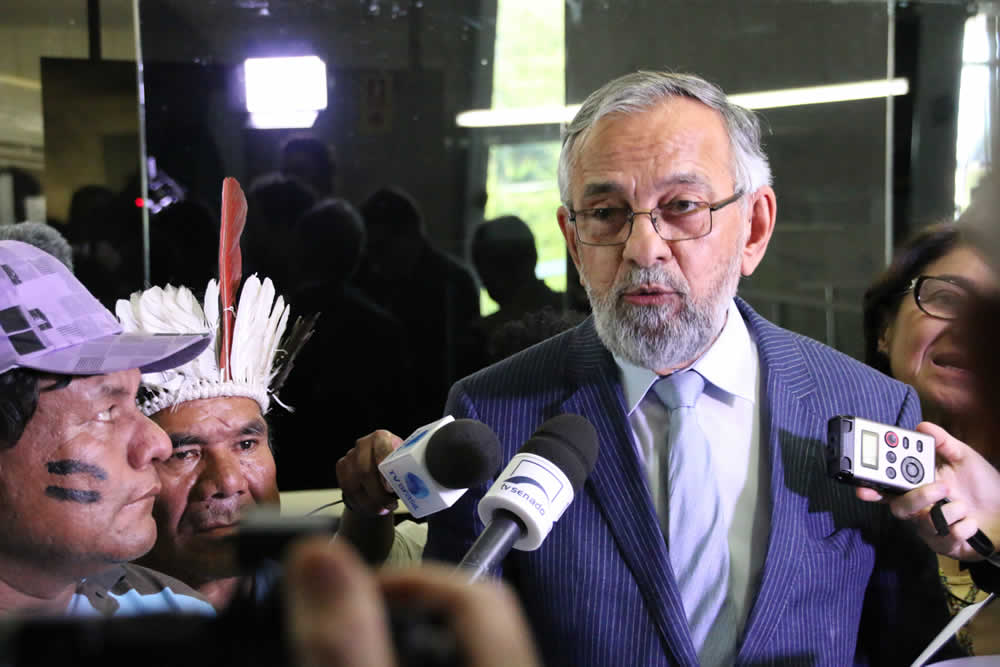