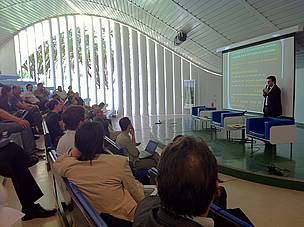 In the midst of the tangled legal web surrounding the draft Forest Law reform bill now being analysed by the Brazilian Senate, one expert on Environmental Law and a former adviser to the Brazilian Ministry of the Environment, Gustavo Trindade, has identified a series of points that would quite simply put an end to the existence of legal reserves, that is, the portion of native vegetation that all rural properties are obliged to preserve intact; and other points that will open up the possibility of using areas now under permanent protection to be used for economic purposes.

He declares that if the text of the draft approved in May by the Brazilian House of Representatives and now before the Senate to be voted into Law is approved as it stands, then those rural proprietors and producers that have eliminated all the native vegetation on their land will be exempt from the obligation to recuperate the damage done. In other words, those that now have zero legal reserves can carry on just as they are, and can even advance into areas of Permanently Protected vegetation and furthermore all their environmental crimes will be amnestied. "The draft bill has been structured to favour those that have broken the law", he insisted during today's (Aug. 15) Seminar of the Forest Law for Journalists held at the University of Brasília.

In Trindade's view, this package of presents is made up of a set of little 'loopholes and traps' distributed in the general body of a text that was worked up by ruralista parliamentarians [representing agribusiness and big landholding interests]  headed by Federal Representative for São Paulo, Aldo Rebelo (PCdoB).

In properties where there is no longer any legal reserve area left apart from the Permanent Protection areas, and that have an area of 4 fiscal modules or less, the legal obligation to maintain a legal reserve is extinguished, and in those larger than 4 modules,  legal devices concerning ecological-economic zoning processes and the possibilities of: including Permanent Protection areas in the legal reserve calculation , recuperating areas using exotic species instead of native species, and of regularising all areas deforested  before July 2008, will effectively lead to the elimination of legal reserves altogether.

The lawyer feels that the senators must repudiate such possibilities because they nullify the essence of the Forest Law and bring with them huge socio-environmental losses merely to benefit an isolated sector of the economy.

"Since 1934 the Forest Law has clearly recognised the protective function of the standing forests and imposed the obligation to maintain 25% of them intact on any rural property. It was only after the disastrous floods and landslides that devastated the Itajai valley in Santa Catarina state, however, that the Forest Law was consolidated in its application to urban areas and the width of gallery forest accompanying the course of rivers and streams that came under the aegis of permanent protection was increased", he added.

However, the reaction against more rigid control and inspection became even more intense after the enactment of the Environmental Crimes Law in 1998 and a Decree issued in 2008 that imposed fines of up to 100 thousand Brazilian reals  on those that failed to legally register their legal reserves. The Decree had its enforcement put forward and will only come into force in December of this year.

The chart below makes a comparison between the situation imposed by the current Forest Law  and the situation that will result  for those that broke the law and those that complied with it if the Draft Reform Proposal comes into force as it stands today.