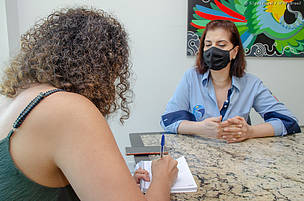 Animals in the Pantanal have gone through a lot in 2020 due to the record fires. For instance, 49% of macaw nests registered and monitored by Instituto Arara Azul, a WWF-Brasil partner in Mato Grosso do Sul, were impacted by the fires.

Even though the number of outbreaks fell in early November, the situation is still far from being under control. The fight against wildfires continues in the biome that already had more than 25% of its area devastated in the first 10 months of the year.  The work of diagnosing the post-fire effects will still measure a trail of destruction.

From October 1 to 8, the National Institute for Space Research (Instituto Nacional de Pesquisas Espaciais - Inpe) recorded 3,352 fire outbreaks in Mato Grosso and Mato Grosso do Sul, 1,298 in the Pantanal alone. This month, in the same period, the states total 817 hot spots and, of the total, 588 in the biome. Despite the drop, there is still difficulty in fighting a fire, as in Serra do Amolar, in Corumbá.

In Mato Grosso do Sul, these effects were already studied in September 2019, when a fire that devastated about 60% of Refúgio Ecológico Caiman, in Miranda, in different degrees of intensity.

Donation for animal mapping
To support Instituto Arara Azul in mapping nests of members of the species during and after the wildfires, WWF-Brasil has just donated a Toyota Hilux pickup truck (2009) to Instituto Arara Azul. During the delivery, biologist Neiva Guedes, professor of the PG Program in Environment and Regional Development at Universidade Anhanguera-Uniderp, spoke about the connection with WWF-Brazil, which started in the 1990s and continued until 2005. “It is a long-term partnership, and we received this vehicle as a recognition of the work we have done and its results. I have a great appreciation for WWF and all support is extremely important”.

The institute's executive director, Eliza Mense, stressed that the partnership between members of the third sector is important to strengthen actions. “The institute's financial sustainability is based on support and partnerships with companies, non-governmental organizations and individuals”, he explained. “It is reinforcement in conservation actions, in the diagnosis and prognosis of what needs to be done; we know that the impact on the macaws and other species that interact with the bird is much greater in the medium and long term”, he evaluated.

The donation of the vehicle is part of a WWF-Brasil emergency action project. “25% of the Pantanal has already been lost, it is an unprecedented disaster; therefore, we mobilized all the power of the WWF network to develop campaigns focused on responses that can make a difference in the field”, said the entity's conservation analyst, Cássio Bernardino. 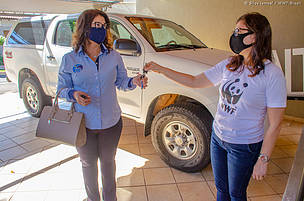 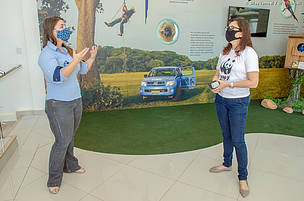