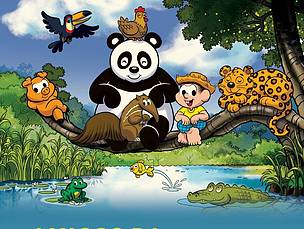 The charismatic character Chico Bento was chosen as ambassador for WWF-Brazil
© Mauricio de Sousa Produções
After being appointed as Pantanal's springs ambassador and giving an extra boost to Earth Hour since 2014, Chico Bento has just been promoted to one of WWF-Brazil's official ambassador. Created by the Brazilian cartoonist Mauricio de Sousa, the character is part of the graphic novel "Monica and Friends".

WWF-Brazil and Mauricio de Sousa Produções (MSP) are partners since 2014 and are now renewing the collaborative work to promote environmental education and awareness campaigns in defense of nature.

The new phase of the partnership was announced this Monday (1), in a live broadcast between Mauricio de Sousa, creator of "Monica and Friends", and Mauricio Voivodic, executive director of WWF-Brazil.

They talked about Chico Bento's history with nature, the importance of taking care of the environment for the future generations and the important role of young people in these changes.

Chico Bento and the relationship with nature

The charismatic country boy character from "Monica and Friends" was chosen as WWF-Brazil's ambassador because of the messages his stories bring to preserving nature and caring for the environment.

The initiative is another important step towards the mobilization of society to conservation. In more than 57 years of history, the character Chico Bento has managed to pass this message on to more than four generations - reaching children, young people and adults all over Brazil.

The use of MSP's content platforms, such as customized comic books, cartoons and books, are some of the actions that will happen in the project. The focus is the spreading of socio-environmental messages, as the incentive to recycling, reuse and / or the correct disposal of materials.

According to Mauricio de Sousa, cartoonist and creator of Chico Bento, the use of MSP's editorial platforms to disseminate messages that have a commitment to society is very common in the company. “In this way, we ensure that the message is delivered in the most effective way possible, in a playful and didactic way. This invitation to Chico Bento as ambassador, is a way to demonstrate that the nature around us deserves all respect, care and affection, values ​​that are always demonstrated by the character. We need to demonstrate our love and closeness to all the nature around us”.

WWF-Brasil's executive director, Mauricio Voivodic, explains that “the intention is to carry out actions aimed at promoting environmental education, the conservation of natural resources and sustainable development. We will direct messages to a priority audience - families, children and adolescents. With this partnership, we hope to contribute to a more viable future in terms of sustainability”, he says.

For Gabriela Yamaguchi, director of Engaged Society at WWF-Brazil, the partnership is the result of a long-lasting and beneficial relationship between the two institutions and that reverberates in good results for society. “These actions are part of a movement by various sectors of society that are increasingly interested in a sustainable life, in which education is a privileged tool for raising awareness”, she points out.

Mauricio de Sousa Produções is one of the largest entertainment companies in Brazil, responsible for one of the most admired brands in the country, "Monica and Friends". MSP invests in innovation and produces content on all platforms with the highest technology, aligning education, culture and entertainment. The company is a signatory to the principles of women's empowerment, the UN Women platform and the Global Compact. In licensing, MSP works with 150 companies that use their characters in more than 4 thousand items. The brand's presence on Youtube has already surpassed 13 billion views, being the largest audience for Monica Toy, content developed exclusively for this platform; in addition to engagement and organic interactions with fans on social media. In the editorial area, it has one of the largest studios in the sector in the world, with 400 book titles and over one billion magazines sold, both responsible for the informal literacy of millions of Brazilians.

WWF-Brazil is a Brazilian non-governmental and non-profit organization that works to change the current trajectory of environmental degradation and promote a future where society and nature live in harmony. Created in 1996, it operates throughout Brazil and is part of the WWF Network. Support our work at wwf.org.br/doe. 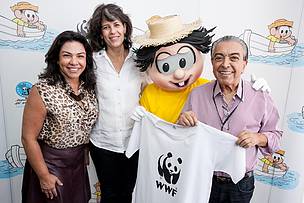 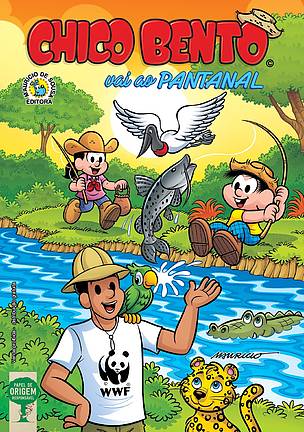 In 2017, we jointly launched the comic book "Chico Bento goes to Pantanal", in celebration of Pantanal Day
© WWF-Brasil Enlarge 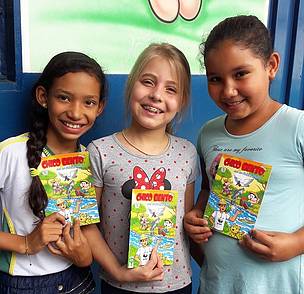 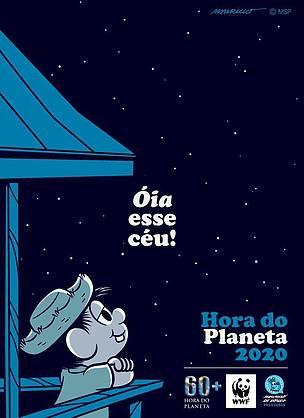