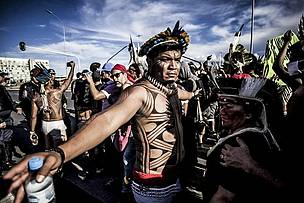 Guerreiros enfrentam policiais em defesa dos seus direitos.
© Foto: Mídia Ninja/Mobilização Nacional Indígenas
By allowing mining activities by non-indigenous people in these areas, the government signals that it will legalize the many ongoing invasions, boosting that kind of actions

Indigenous lands are an extremely important national heritage: they cover 13% of the national territory, 23% of the Legal Amazon and keep over 97% of the original native vegetation protected. As a result, they not only work as irreplaceable areas for the preservation of countless species of fauna and flora, which cannot find shelter elsewhere, but also provide the entire Brazilian society with environmental services of priceless economic value.

Currently, they hold 34% of the entire carbon stock of the Brazilian Amazon (IPAM, 2020), which, if released into the atmosphere - through deforestation or forest fires - would push the planet beyond the dangerous 2ºC limit of global temperature increase. In addition, by protecting and helping in the reproduction of forests, the 256 indigenous peoples currently known  in the country - there are some communities in voluntary isolation - , allow the virtuous cycle of flying rivers to remain active, watering most of the Brazilian agricultural production.

Unfortunately, the Bolsonaro government is clearly not aware of the importance of these areas for Brazilians cultural identity, economy and quality of life. Quite the opposite, it resurrects outdated ideas and projects that can definitely destroy this national heritage.

Bill 191/20, sent today to the National Congress, is a striking example of this. Elaborated in a context in which deforestation on indigenous lands has been growing exponentially - a 49% increase between 2018 and 2019 - it is the result of ignorance of reality and disrespect for democratic values.

Despite dealing exclusively with projects that will cause significant impacts on indigenous lands, none of the legitimate Brazilian indigenous organizations was consulted or participated in its elaboration, throwing away the country's commitment when ratifying ILO's Convention 169, which requires that any bill that directly affects their interests must be discussed and agreed with them.

The bill shows that the current government still has a 20th century mindset, because it didn't understand that that keeping rain production - an irreplaceable resource - is much more important than a few tons of ore - a commodity produced anywhere on the planet.

This does not mean that indigenous lands cannot have any kind of mineral exploration, but this should occur under certain conditions that are not guaranteed by the bill: indigenous communities must have the power to approve the activity, if they consider it advantageous - by the bill they will only be heard and have their opinion "considered" - the decision must be based on the most extensive and complete information on the possible socio-environmental impacts resulting from it - by the bill, they will give their opinion based on preliminary studies of mineral or oil potential.

Bill 191/20 intends to transform indigenous lands into a new frontier of destruction, opening them, without due care or respect to the will of indigenous peoples, to some of the most impacting economic activities existent, such as mining, oil exploration, construction of large hydroelectric plants and small-scale artisanal mining.

The Bolsonaro government's siege of indigenous lands is beginning to tighten. It started with the reduction in the inspection of illegal activities, such as invasions by loggers and land grabbers, followed by the standstill of all demarcation processes, continued with the promise to review the areas already approved and now comes to this bill. By providing the mining of non-indigenous people in these areas, the bill signals that it will legalize the many ongoing invasions, which kill rivers and contaminate people, encouraging more invasions.

We at WWF-Brazil do not believe that this is the right path. On the contrary, we are sure that indigenous lands and their peoples of huge cultural diversity have a much more noble space in the present and in the future of our country. We will continue to work with our eyes on the future, alongside Brazilian indigenous organizations. 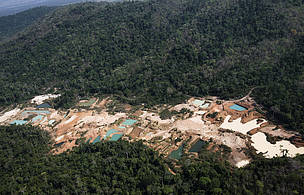 Bill 191/20, sent today to the National Congress, is a striking example of this. Elaborated in a context in which deforestation on indigenous lands has been growing exponentially - a 49% increase between 2018 and 2019 - it is the result of ignorance of reality and disrespect for democratic values
© Araquém Alcântara/WWF-Brasil Enlarge 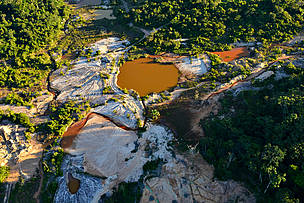 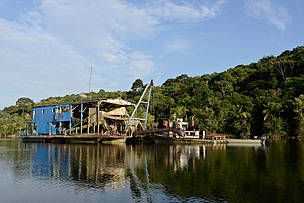 Indigenous lands are an extremely important national heritage: they cover 13% of the national territory, 30% of the Legal Amazon and keep over 97% of the original native vegetation protected
© WWF-Brazil / Adriano Gambarini Enlarge
Gostou deste artigo?