What do Adriana, Fatima, Matheus and Arcanja have in common? | WWF Brasil

What do Adriana, Fatima, Matheus and Arcanja have in common? 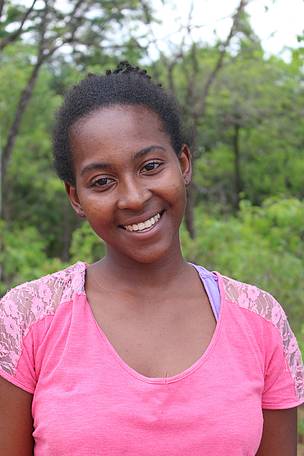 Adriana, Fatima, Matheus and Arcanja are just some of the names of real people who are making sustainable development happen in Brazil.

Adriana Lina Maciel lives in the quilombola community Furnas de Boa Sorte, near the city of Campo Grande. Her daily routine includes going out with her two young children and her mother, an old lady, into the bush and looking for seeds. That's right! She collects seeds of jatoba, moringa, baru and many other fruits from the Cerrado to help a forest restoration project nearby.

Adriana, Fatima, Matheus and Archangel are just some of the names of real people who are making sustainable development happen in the country.

Adriana is one of 2.5 million people benefited by the Water Brazil Program, a WWF-Brazil partnership with Banco do Brasil, the National Water Agency and the Banco do Brasil Foundation for sustainable development in the country. Thanks to the work of Adriana and other members of the Guariroba Basin Seed Network, it was possible to restore 66.18 hectares of rapiers in the watershed between 2016 and 2019.


Another woman working for a more sustainable future for her children and grandchildren is Fatima Cabral, a farmer in the Pipiripau basin, in the Federal District of Brazil. She is the president of a local farmers association and also a beneficiary of the Water Brazil Program.

In 2010, when she first made contact with sustainable development through the Pipiripau Water Producer Project, she was producing food with a lot of pesticides.

“We started without understanding properly. What did it mean to produce water? Then, from individual experience to collective work, we conquered the territory, our state, country and the world. Dreams that were dreamt together, were executed together and now are a beautiful reality recognized internationally ”, celebrates.

With the dedication of Fatima and other producers in the region, 44.8 hectares of forest were recovered in the basin between 2016 and 2019, most of which being turned into 100% organic agroforestries, with food going to the co-farmers of the Community Supported Agriculture (CSA) projects in the region. Fatima's CSA is called "Pé na Terra", and is runned by her, her two sons and her daughter-in-law.

Very close to Fatima, lives Matheus Gomes, a young man making a difference in the Descoberto basin, also in the Federal District of Brazil. After a course from the Water Brazil Program, Matheus moved back from the city to the countryside and is now helping his mother, Andreia, run the CSA "Dona Maria Concebida".

He was one of the 111 people who received training courses in the region to improve field work and restore the 49.10 hectares of native vegetation accomplished between 2016 and 2019 in the Descoberto basin.

Now in a different part of Brazil, the north of Minas Gerais, the story is not much different! Ms Arcanja, one of the associates of the Peruaçu Agroextractivism Cooperative (COOPERUAÇU), knew nothing about sustainable development before and now is exporting the Cerrado fruit pequi to Japan!

The work of the cooperative she participates in was made possible with the support from the Water Brazil Program and today is a way of strengthening the Peruaçu basin community, while helping to maintain the Cerrado in the region. 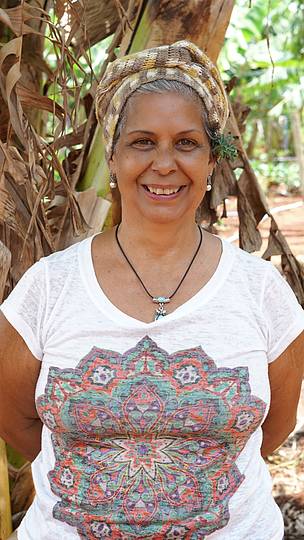 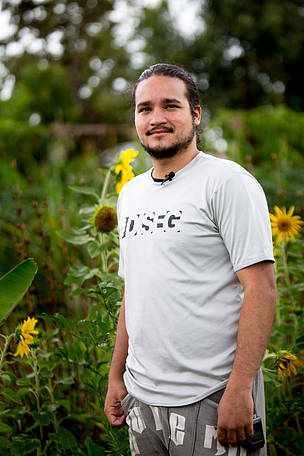 Matheus Gomes is one of the young people making a difference in the Descoberto basin, DF, Brazil
© Rayssa Coe / WWF-Brasil Enlarge 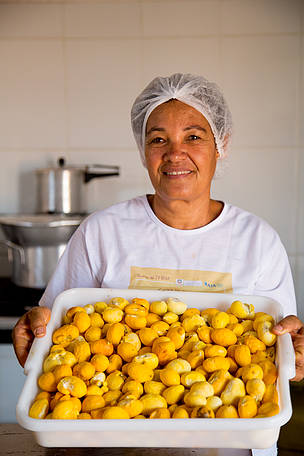 Ms Arcanja is one of Cooperuaçu's associates. She knew nothing about sustainable development and now is exporting pequi to Japan!
© Rayssa Coe / WWF-Brasil Enlarge
Gostou deste artigo?