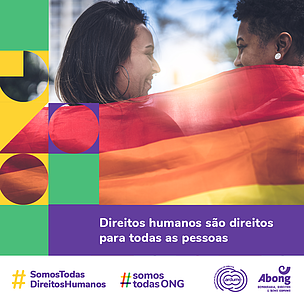 Human rights are rights for all people
© Abong/Cardume
In the Human Rights Day, NGOs, artists, scientists and journalists sign a petition defending democracy in the country

In November 26th, less than a week before COP21 kicked off, an unprecedented police action in the town of Santarém, in the Brazilian Amazon, arrested four volunteer firefighters and raided the office of one of the most respected NGOs in Brazil, under false charges. Five days later, another police action caused the death of nine young people in a poor neighborhood of Sao Paulo. Today, in the Human Rights Day, 118 civil society organizations and more than 500 activists, artists, scientists, public prosecutors and journalists launch an alert in COP25: democracy in Brazil is at risk and an authoritarian escalade is underway.

“For the first time in more than three decades, we are witnessing the reversal of some hard-won fundamental freedoms”, reads a letter that will be launched at 5:15PM (local time) at the Brazil Climate Action Hub (Blue Zone, pavilion 8). Among its signatories are seven ex-ministers, like Marina Silva and Izabella Teixeira (Environment), artists like filmmaker Fernando Meirelles ("The Two Popes", "Blindess"), and scientists like climatologist Carlos Nobre and biologist Bráulio Dias (former executive secretary of the UN Biodiversity Convention).

“Members of the Federal Government declare their reverence for instruments that restricted liberty and political and civil rights in the dictatorial period; the government sends a bill to Parliament that avoids the punishment, or even offers impunity, to police forces that kill protesters; environmental activists are arrested and their homes raided, and civil society organisations have their offices scoured by police based on criminal charges and judicial mandates with no factual basis”, the letter continues. “It is past time for all Brazilian society to stand together and say clearly: we will not tolerate affronts to our democratic principles.”

The very venue of today’s event tells a lot about the relationship between government and public participation during the Jair Bolsonaro administration: the Brazil Climate Action Hub at COP25 was organized by civil society, since not only Brazil doesn’t have a national space at the COP –for the first time in a decade– but also tried to keep civil society out by denying accreditation to environmentalists, indigenous peoples, academia and (most) business.

Human rights are rights for all people
© Abong/Cardume Enlarge