Saving the Cerrado: how savannahs and grasslands may tackle climate change at scale, benchmarking the recommendations of the new IPCC Land Report | WWF Brasil

Saving the Cerrado: how savannahs and grasslands may tackle climate change at scale, benchmarking the recommendations of the new IPCC Land Report 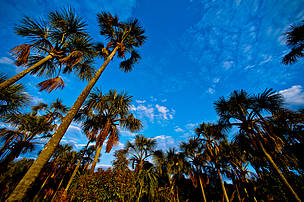 By the end of July, we had already used all the resources our planet can sustainably supply this year. We are consuming at a rate of 1.7 planets per year, and it’s getting higher every year, even though we only have one planet. Much of the issue comes from how we are using our land; the rate of deforestation and conversion of natural habitat is contributing to the rapid decline of biodiversity and continued global warming.

The IPCC Special Report on Climate Change and Land, approved last August in Geneva, explores the relationship between climate and land. It highlights that the commitments already set to reduce our global footprint, including deforestation and conversion, such as the New York Forest Declaration, the Aichi Targets and the Paris Climate Agreement, are all failing. We use our land more and more unsustainably, particularly in how we produce food. Global deforestation is growing steadily. At least a third of all the planet’s land is used for food production. Our global food system is responsible for around a third of all GHG emissions globally. The report makes clear recommendations on how to reverse this trend, and change the way food is produced, traded and consumed, to make a 1.5-degree future possible.

While the impacts on forests are widely discussed, more than half of all habitat destruction comes outside forests, in the grasslands and savannahs, which account for up to 40 per cent of all land. Half of major savannahs (Cerrado) and grasslands (North American prairies) have already been lost, most of what remains is being degraded, but far less than 10 per cent is legally protected. That’s approximately half the amount of protected forest, although, just like the forests, grasslands and savannahs are among the last remaining wildlife zones, supporting extremely rich, original and threatened biodiversity. The very last large herds of wild animals, thousands of endemic species of plants and even trees, are only found in grasslands and savannahs.

Savannahs and grasslands have other extremely important roles, including collecting freshwater for most of the largest rivers of the world. Widely overlooked is their essential role in climate mitigation. The total carbon stored by grasslands and savannahs is estimated at 470 Gt, (i.e. one fifth of the total carbon contained in terrestrial vegetation and topsoils worldwide), an average of 150-200 tons of carbon per hectare. Restoring grasslands allows us to draw down carbon from the atmosphere more quickly than by restoring forests; and more securely as the carbon is stored underground and is protected from droughts and fires.


Approximately the size of Germany, France, England, Italy, and Spain combined, the Cerrado in Brazil is our oldest and most biodiverse savannah. In total, it contains 5% of all species on earth, 40% of which are unique. It is also a massive watershed, delivering 40% of all Brazil's freshwater as well as to the Pantanal. Deep soils act as a giant sponge, absorbing and stocking enough rain from the wet season to distribute water in millions of springs all year, even in the heart of the dry season. This is made possible by trees and shrubs with large leafs and very deep roots, twice as big as the visible plants, that allow the water to percolate deep into the ground - hence the reference to the Cerrado as “the upside down forest”. The Cerrado is therefore also a vitally important carbon stock, amounting around 13.7 billion tonnes, 2/3 of which hidden in the soil and deep roots. Last but not least, the Cerrado is home to and origin of hundreds of indigenous and other traditional cultures.

But the region is also one of the world´s largest and most active agriculture hubs, comprising mainly cattle, soy and sugarcane. Half of the Cerrado has already been cleared for agriculture expansion and the rest is under immediate threat. On average, up to a million hectares is cleared each year. This is the equivalent of wiping out an area the size of New York City every month. Just eight per cent of the Cerrado is officially protected – less than 3% under strict protection - and landowners are required to conserve just 20 per cent of their land, a rule that unfortunately has not been enforced in many regions.

Land conflicts multiply, often with violence, and at this pace, the Cerrado is under threat of massive plant extinction. This destruction also hampers the ability of soils and vegetation to collect and store water and to sequester carbon. It releases 250 million tonnes of carbon annually, corresponding to the annual emissions of 53 million cars. Because of changes in ground temperature and evaporation, the massive conversion of Cerrado also directly affects the local rain regime, impacting agriculture yields with growing frequency. Worryingly, destabilising this complex ecosystem could lead to an irreversible cycle of degradation affecting not only the Cerrado and a vital food production region, but also neighbouring biomes, including the Amazon and Pantanal – all contributing to accelerated global warming and extreme weather conditions, with aggravated economic and human impacts.

All that said, it is still possible to save the Cerrado. There is enough degraded land in region to triple soy production and eventually meet the expected global demand for soy and meat in the next 50 years – without cutting another hectare. Through more sustainable agriculture this land can be rehabilitated and conversion-free production of soy and beef can be mainstreamed, without compromising food security of Brazil’s social and economic development.

And we are making real progress. WWF and partners are engaging the whole soy supply chain, from consumer companies to traders and Brazilian producers, in a voluntary sector-wide effort to halt further habitat destruction.

In 2017 we helped launch the Cerrado Manifesto. It called for soy producers, retailers and traders to commit to the production of soy with zero conversion or deforestation of Cerrado habitat. More than 130 global companies and ﬁnancial institutions heard that call, and formally support the Manifesto, including household names such as Tesco, Marks & Spencer, McDonald’s and Unilever. Now WWF and partners are actively engaging these companies, the Brazilian industry and Brazilian producers to turn these commitments into reality.

With the support of the Collaboration for Forest and Agriculture Project, funded by the Gordon and Betty Moore Foundation, we are helping identify strong actions that can clean up supply chains. This effort is also spreading to the Gran Chaco region, another highly threatened biome in Argentina and Paraguay, through improved management of the beef supply chain.

We’re helping farmers to better manage their planted pastures, grazing their cattle more efficiently, and converting part of them to crops, to restore degraded soils, reduce the use of fertilizers and fix carbon underground.  Also, we cooperate with financial institutions and the retail market to offer favourable credit and other concrete financial incentives to farmers who agree to expand on degraded lands instead of on native Cerrado.

Meanwhile, the Cerrado Working Group, a spin-off of the Soy Working Group responsible for the Soy Moratorium in the Amazon, has become an important space for reaching a broad sectoral agreement on zero-conversion soy. This group is made up of representatives from traders, consumer goods companies, farmers, research institutes, government and civil society, and works to establish a formal agreement to remove all conversion from soy produced in the Cerrado region, as well as financial incentives to local producers.

Finally, tools are being developed to insure transparency and adherence to companies´ commitments. The Accountability Framework provides clear principles, definitions and guidance for implementing ethical supply chains, and spreading conversion-free as a basic requirement for all agriculture and forestry products. This means that expanding production into the last remaining natural habitats – and its local communities – becomes socially, politically and financially unacceptable.

By working with farmers, businesses, financers and governments, we can save the Cerrado. We are on the path to a more resilient, productive, inclusive and sustainable landscape, insuring the survival of dozens of local cultures, thousands of species and key ecosystem services and preventing billions of tonnes of carbon being released into the atmosphere.

But stopping the world’s largest frontier of habitat destruction would be just a starting step on the long road towards a below 1.5-degree future, where biodiversity, food security, human rights and welfare strive together in synergy. Learning from this experience, we can test and adapt concrete solutions to restore and protect grasslands, savannahs and other threatened ecosystems all over the world, as part of a New Deal for Nature and People. 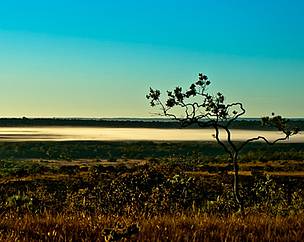