Residents of the Forest: new video of the series shows rare dogs of the Amazon | WWF Brasil

Residents of the Forest: new video of the series shows rare dogs of the Amazon

WWF-Brazil is launching today, October 23, another video of the series "Residents of the Forest ", which shows two rare canids: the Bush dog (Speothos venaticus), and its relative, the Short-eared dog (Atelocynus microtis).


The videos of the series "Residents of the Forest" are educational and provide information about some of the most striking and rare species of the Amazon forests. Camera traps installed at the Chico Mendes Extractive Reserve (Resex) in the state of Acre (AC) captured the images.

In little more than two minutes, the video presents differences and similarities between the two canid species and shows unusual images, such as the Short-eared dog savoring a lizard, one of its main kinds of food. The Short-eared dog, a unique species of the Amazon also known as Short-eared fox, is an animal that prefers a solitary lifestyle, although there are records of couples hunting together. The Bush dog is the only Brazilian canid that lives and hunts cooperatively.

The similarities reveal the sad side of the story of each species. Both dogs are classified as vulnerable by the Brazil Red Book of Threatened Species of Fauna, and "near threatened" by the International Union for Conservation of Nature and Natural Resources (IUCN).

According to Felipe Spina, a WWF-Brazil biologist and conservation analyst, monitoring is important to reveal information about species, but mainly to show the impact of human activities on forest life.

“We know that the loss and degradation of the natural habitat caused by deforestation and by the increasing infrastructure constructions such as roads and hydropower plants are some of the main threats to the survival of these species. Other factors such as run-over accidents also put a lot of pressure on wild animals. In the specific case of these wild dogs, they can also catch diseases transmitted by domestic dogs that enter the forest,” explains Spina.

Altogether, the series will have 10 videos, one every month, depicting the results of an initiative that installed 20 camera traps within the reserve. The work is unprecedented and has been done in partnership with the community members of the extractive reserve, who have been monitoring the fauna present in the forest management areas of the conservation unit (UC).

The first video, released in April 2018, showed the first record in the Amazon forests of the Pacarana (Dinomys branickii), a rare species little-known by scientists. In September, the Tapir, the largest mammal in South America, was the species portrayed.

The camera traps are regular cameras equipped with technological improvements and appropriate for the wild environment. They are hidden and tied to trees, and work with light sensors. Every time an animal walks past the equipment, the camera automatically shoots and takes a picture or starts an audiovisual recording.

Since they were installed at the Chico Mendes Resex in December 2017, the cameras have made more than 2,000 records. The installation took place in workshops that gathered about 20 extractors and four of them were trained to be the “local operators” of the equipment.


About the Chico Mendes Resex

The Chico Mendes Extractive Reserve (Resex) was created in 1990 and has more than 970,000 hectares. It covers seven municipalities in the state of Acre and has about 10,000 inhabitants. The Resex is one of the 117 conservation units supported by the Amazon Protected Areas Program (ARPA). 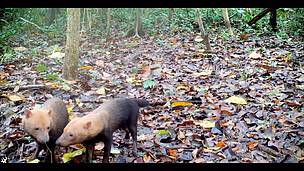 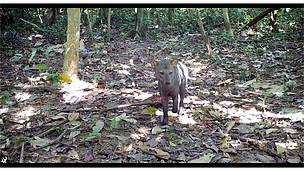