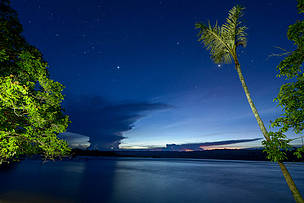 The Juruena National Park, the fourth largest in the country, suffers today with the threat of hydroelectrics
© WWF-Brasil / Zig Koch
On July 18, 2000, through Law 9985, the Brazilian Government created the National System of Protected Areas (SNUC, in Portuguese), in order to establish a robust mechanism to ensure the creation, management and consolidation of protected areas (PAs) in Brazil.
PAs, such as Parks, Extractive Reserves and Private Reserves (or ‘RPPNs’ in Portuguese, too), represent a priceless national heritage, with a huge potential to promote benefits that are significant to human well-being and development of the country in a rational and sustainable way.
The existence of these areas generates benefits for society, through so-called environmental services, among which include: the continuous supply of good quality water, the microclimate improvement in regions with extreme temperatures and excessive pollution and the pollination which ensures high productivity for agricultural crops. There is also the role of PAs to ensure in situ genetic repositories, protection and conservation of soil, reduction of natural disaster severity, mitigation of the effects of climate change, among others.
However, 14 years after the creation of SNUC, it seems like Brazil has advanced slowly with respect to the conservation of its biodiversity. Despite all this time, SNUC does not have a long-term strategy towards its consolidation and financial sustainability.
"Protected Areas have not been able to restrain the impulse of a model that seeks economic development at any cost, and the result has been the arising, in recent years, of a number of bills that seek to change the levels of protection or limits of the Protected Areas" said the superintendent of Public Policy of WWF-Brazil, Jean Timmers.
There are still gaps
Brazil currently has about 17% of its territory conserved by PAs. Although it seems significant, the figure hides contradictions. The Caatinga biome, for example, has less than 8% of its entire area within protected areas - and only 2% are in indirect use categories. In Pantanal, only about 5% of its total area is protected; in Pampa, less than 3%. In the marine zone, this value does not reach 1.5%.
Moreover, Brazilian PAs also suffer from a host of other threats that, if not restrained in time, could derail the immense natural wealth that exists in the country.
One of the most serious projects in this sense is the Draft Bill 3682/2012, that proposes to allow 10% of protected areas for mining. Other proposals suggest that PAs are only created by bills, and not by decree, as it actually happens, reducing the autonomy of the Executive Power to establish new areas.
And the existing mechanisms to change the PAs have been used frequently in Brazil - only to reduce protection. In recent years, the SNUC was depleted in about 5.2 million hectares, equivalent to the area of Costa Rica, according to a study published this year in the Journal of Conservation Biology. The research shows that this trend was increased between the years 2008 and 2012.
In addition, the Ministry of the Environment´s (MMA) budget is the second smallest in the Union, and Chico Mendes Institute for Biodiversity Conservation´s (ICMBio) budget, the body that is responsible for the management of federal protected areas, was only 0.012% of the national GDP in 2013 - which means 211 million Brazilian reals, or about 3 Brazilian reals per hectare of protected area in the country.
It's also important to analyze the presidential terms since 1995 - the current government is the one with the lowest performance in the creation of national parks and other protected areas. Only three were created in 2011 until now, adding only 44 thousand hectares to the system.
What are protected areas?
Protected Areas (PAs) are territories protected by law because of their natural features such as vegetation, watershed and characteristics of flora, fauna and their ecosystems. They also ensure traditional population´s use of natural resources in an organized manner and can be created by municipal, state or federal governments.
The existence of these areas benefits the whole society through so-called "ecosystem services"- such as providing water, easing extreme temperature and pollution, pollinating agricultural crops, gene bank, protecting and conserving soil, protecting slopes and mitigating effects of climate change.
Some numbers that demonstrate the importance of Brazilian protected areas:

The Juruena National Park, the fourth largest in the country, suffers today with the threat of hydroelectrics
© WWF-Brasil / Zig Koch Enlarge 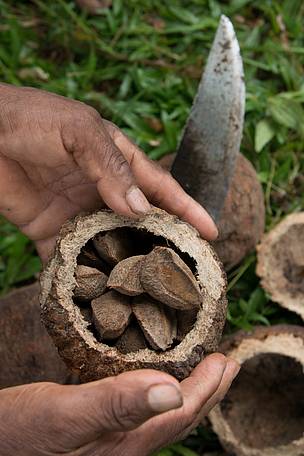 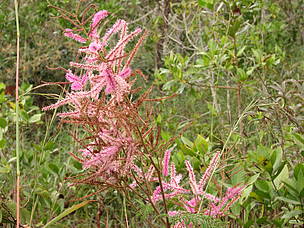 Some institutions want to reduce the area of The National Park of Brasilia, in the capital of Brazil
© WWF-Brasil/ Aldesm Bourscheit Enlarge

The brazilian Protected Areas provide many environmental services; one of them is the provision of water
© WWF-Brasil / Zig Koch Enlarge 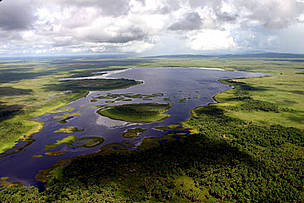