Searching the streams and rivers

Janice Muriel Cunha, a 32 year-old ichthyofauna specialist, collaborating researcher at the Federal University of Pará in Altamira and professor at the University’s Bragança campus.

Janice Muriel Cunha, a 32 year-old ichthyofauna specialist, collaborating researcher at the Federal University of Pará in Altamira and professor at the University’s Bragança campus.

The first thing my colleague Jansen Zuanon and I do here on the expedition is to prepare the devices for collecting the animal specimens. In this region around the first research base camp we are working with large and medium-sized streams and rivers so we use a 10 metre long net one and a half metres high that is worked by two people, one at each end. The mesh is quite small so that we can sample small fish as well as medium-sized and big ones. We use the nets from the beaches of the larger streams and the small to middle-sized rivers and we drag them along the shore to collect actively swimming fish.

In the smaller water courses, steams or isolated pools we use a  kind of sieve with an even finer mesh so as to catch the fauna there because it is usually much smaller with some individuals less than 5 cm. long. The frame for the net is as wide a the span of a person’s shoulders so that we can feel comfortable using it all day long otherwise our backs would never stand up to it. This type of net has helped to extend the list of known Amazon fish species because formerly people never used such fine-meshed nets and they never managed to catch small adult fish that are not the young of larger species.

We also have nets that are stretched and left to wait. They are stationary nets attached to a base and known as ‘malhadeiras’ (gill-nets). The various nets have different mesh measurements and can be used specifically to catch fish of different sizes. They intercept the moving fish and after a while we go back to them and remove the fish. On the first day we bring back all the specimens collected and on the other days we analyse the collected material and discard fish from those groups that we already have samples of.

- What do you do with the fish that you catch?

Depending on the specimen’s importance we either put them into formalin as soon as we get back to camp to maintain their structures intact, or we put them into alcohol. Those species that are destined for genetic analysis we always put in alcohol because the formalin hampers the DNA extraction process. Also, in the case of some species it is worthwhile registering the fish’s colours when it is still alive as an aide to its identification and study, and so then we keep them alive in a plastic bag with an air bubble trapped in it or in special bags that allow for the exchange of carbon dioxide and oxygen, and we keep changing the water for the duration of the expedition and try to get them to the laboratory alive so that their colours can be registered more accurately.

- What have been the main results of your research in the Serra do Pardo?

In the first days of research at base camp 1 where the area is mainly drained by the Pontal stream and other small streams in the surrounding areas, we collected about 66 species. Obviously that is only a preliminary figure because we are going to make a more careful analysis afterwards. What is interesting is that the big fish groups, the various families belonging to various orders are all well represented there at base 1 and we even registered specimens of electric eels and rays. At the second base we found fewer species, as was only natural considering the characteristics of the place, but they were very interesting species and very hard to identify.

Also we suspect that we may have found some new fish species. There are two categories of ‘new species’; one is for entirely new species that have never been described before and the other is for species that were only known in a certain area and that have now been found here. So we have found 3 species that we think may really be entirely new and never have been described before and some others whose presence has only been registered in certain specific places.

In the case of species that are already being described we send the material to the specialists responsible for their description so that they can include additional details that represent variations occurring in the wider dimension of the species’ geographical distribution. We have also collected material for genetic analysis from these new species that are currently being described and that is something that has never been done before. It means that researchers that are interested can obtain more highly refined information. In the case of the possible new species, more profound research and investigation will have to be undertaken.

- What has this scientific expedition meant to you as a researcher?

It is always important and a great pleasure to be part of an expedition like this. This particular expedition is of special significance to me because I am a collaborating professor at the Federal University of Pará in Altamira and professor at the Bragança campus of the same university and among the projects I am involved in there is one that aims to establish a collection of the Xingu river fish. So the material collected here will be sent to the University in Altamira and be screened there. Part of it will remain there and serve as reference material for future studies and the greater part will be sent on to the collections of institutions like Amazonian Research Institute (INPA) and the Emílio Goeldi Museum.

As an ichthyologist and geneticist, working on an inventory for this little known area and taking the opportunity provided by the global movement to acquire knowledge on biodiversity by making use of molecular tools and biotechnology is extremely important. We are creating a database of genetic information for which we have already collected over a 100 reference tissue samples from various species to undergo DNA analysis. The material is preserved in alcohol in the field and is then stored in a freezer where it will enable future generations of researchers to conduct genetic analysis over the coming fifty or sixty years.

It is worth mentioning that the collecting is being done in the context of a national network that has been set up now to establish the bar code of Brazilian biodiversity DNA. This network will be sending out information to various groups of scientists in Brazil and around the world.

- How important is the research being done in the Serra do Pardo National Park?

We know that the whole of the Amazon region is mega-diverse but this region of the Serra do Pardo National Park is one of the most mega-diverse enclaves of all. Here we are confirming some interesting peculiarities. If we look at the maps showing the areas where collecting has been done we can see that among the Brazilian collections there is not one corresponding to this area and so our research will be making important additions to the records of Brazilian biodiversity. Today that means heightened biodiversity value, an increase in the strategic value of the nation and also of the traditional populations that inhabit the Xingu River basin. 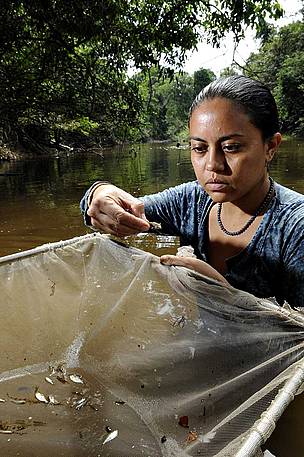 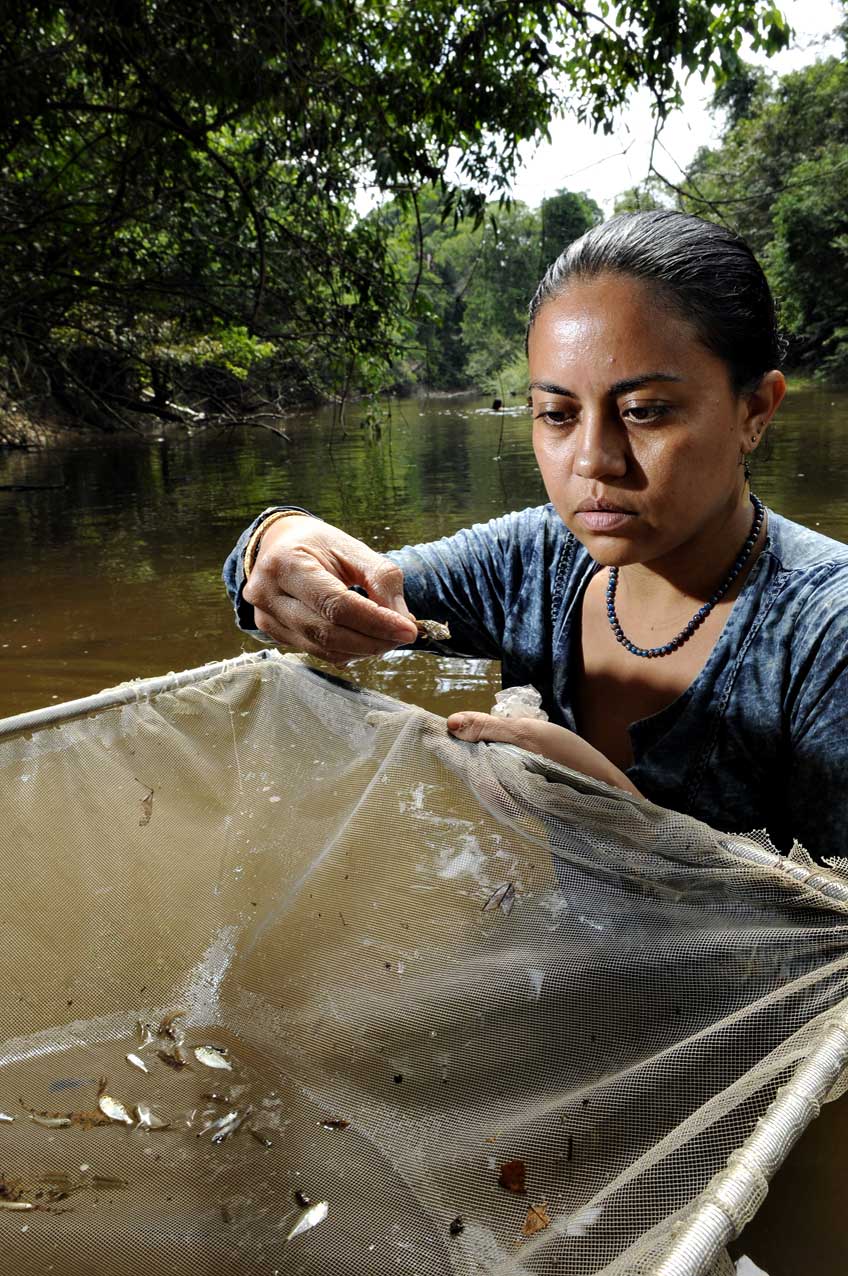 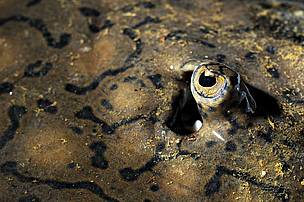 A ray species found during the Scientific Expedition to the Serra do Pardo National Park 2010.
© WWF-Brasil / Adriano Gambarini 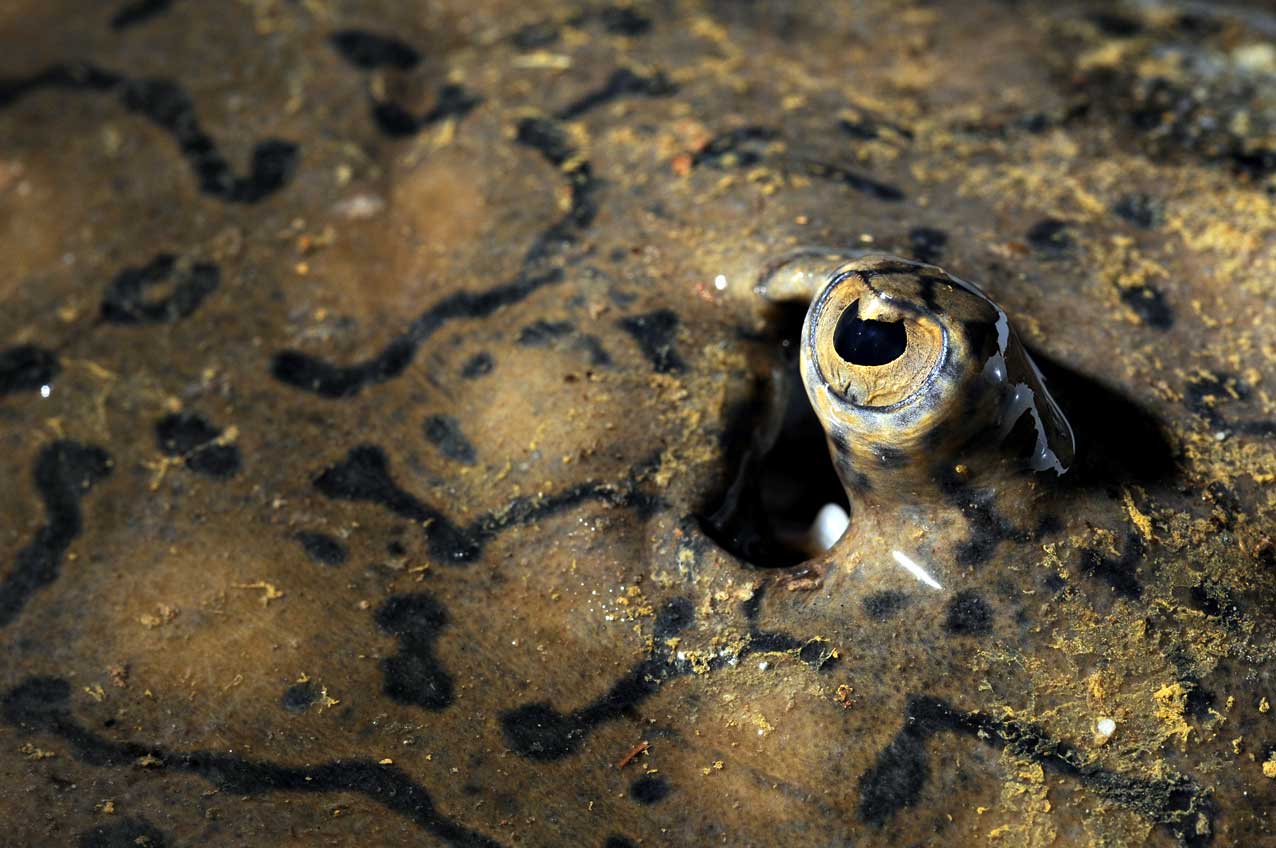