Among the snakes and toads

An enthusiast of amphibian vocalisations, 34 year-old Crisalda de Jesus dos Santos Lima has a masters in environmental sciences and is a scientific consultant and researcher in the field of reptiles and amphibians.

An enthusiast of amphibian vocalisations, 34 year-old Crisalda de Jesus dos Santos Lima has a masters in environmental sciences and is a scientific consultant and researcher in the field of reptiles and amphibians.

- What is your working routine like here in the expedition?

My colleague Dico (Raimundo Rodrigues da Silva) and I are just as busy during the night as during the day. We go out in the morning to collect nocturnal animals like the leaf toads, for example. If it is raining we do not go out because the animals do not go out either. When the rains stops it is a good time for finding animals because often the places they live in have filled up with water and so they come out as for example in the case of those snakes that live underground and also the blind worms.

We also go out in the afternoons because it is a good time to catch lizards as they are usually foraging in open environments. At night we do nocturnal sampling in the very same spots that we visited during the day. We usually walk for at least two or two and a half hours at a time. It is a good time to listen out for the amphibian calls and observe snakes like the land boas which are quite pretty and another one known as the ‘cobra dormideira’ (sleepy snake).

- What techniques do you use to capture the animals?

To capture amphibians we listen for their vocalisations, follow the sound, creep up slowly, shine a light into the animal’s eyes and catch them with our hands. For snakes we use a special snake handling tool  about 60 to 70 centimetres long in the form of a “y”, and slightly curved, but it actually looks like a forked stick. If we do not have one available we make a wooden forked stick to catch the beast.  Sometimes though, we manage to catch them with our hands. In the case of lizards we use a kind of catapult. We take aim and fire at them leaving them stunned and that enables us to catch them. They are very quick off the mark and if we did not do it that way it would be very hard to catch them. The art of it is to practice hard and improve your aim (laughter).

- What do you do with the animals once you have captured them?

As soon as we have captured them a preliminary identification is made and they are slipped into plastic or cloth bags to be transported and later to be fixed (preserved) in the laboratory. The reptiles are killed with Nembutal and most of the amphibians are killed by immersing them in ethyl alcohol. Some of the specimens may be photographed when they are still alive because it is quite common for them to lose their colouring after death and the colouring is often an important aide to reliable identification of the species. The preserved specimens are catalogued and added to Herpetology Collection of the Emílio Gueldi Museum’s Zoology Department.

- What have you found so far in here the Serra do Pardo National Park?

We do not have the final figures yet but we have found about 30 species of amphibians, 14 species of snakes, 10 species of lizards, two turtle species and two crocodile species and that is a very meaningful result. There is a considerable difference between the first base and the second where we are now. We were very surprised to find animals here that are usually associated to very open environments like the lesser cane toad, and the rock-dwelling lizards. Those are very interesting findings for the Amazon.

- What are your academic qualifications and how did you make the decision to be a researcher into reptiles and amphibians?

After I finished my degree course I took a post-graduate course in environmental sciences in Teresina and I have always been interested in Zoology. So that brought me into contact with the people at the Emilio Goeldi Museum and I took my Masters by means of an agreement that existed between the Pará Federal University, the Goeldi Museum and Embrapa (Brazilian Agricultural Research Corporation). Whenever I went to do field work the sounds emitted by these animals always struck me. When I am in a dark environment inside the forest, I close my eyes and as I listen to the sounds they emit, they seem to attract me. To me there is nothing better than to be able to go out into the night conducting research, listening to these animals and trying to understand their biology and the roles they perform in their environments. They are animals that can tell us a lot about the environmental integrity of the areas where they are. 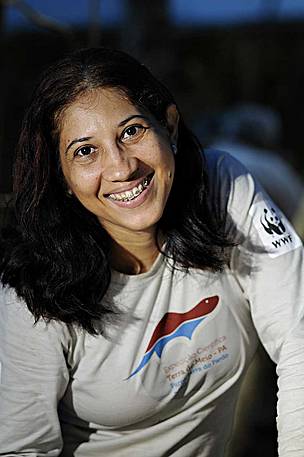 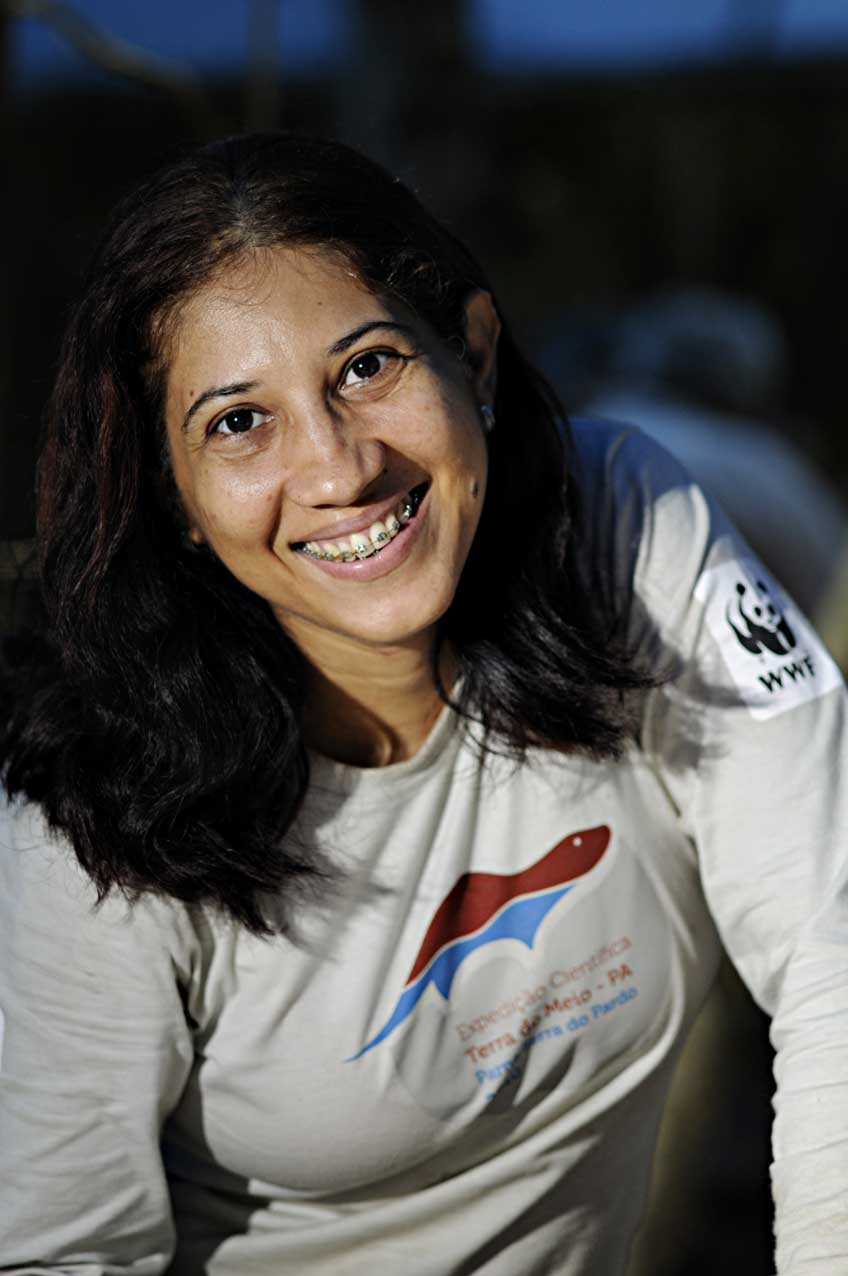 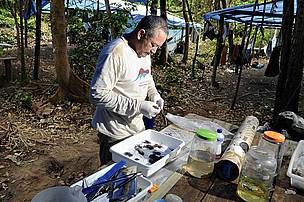 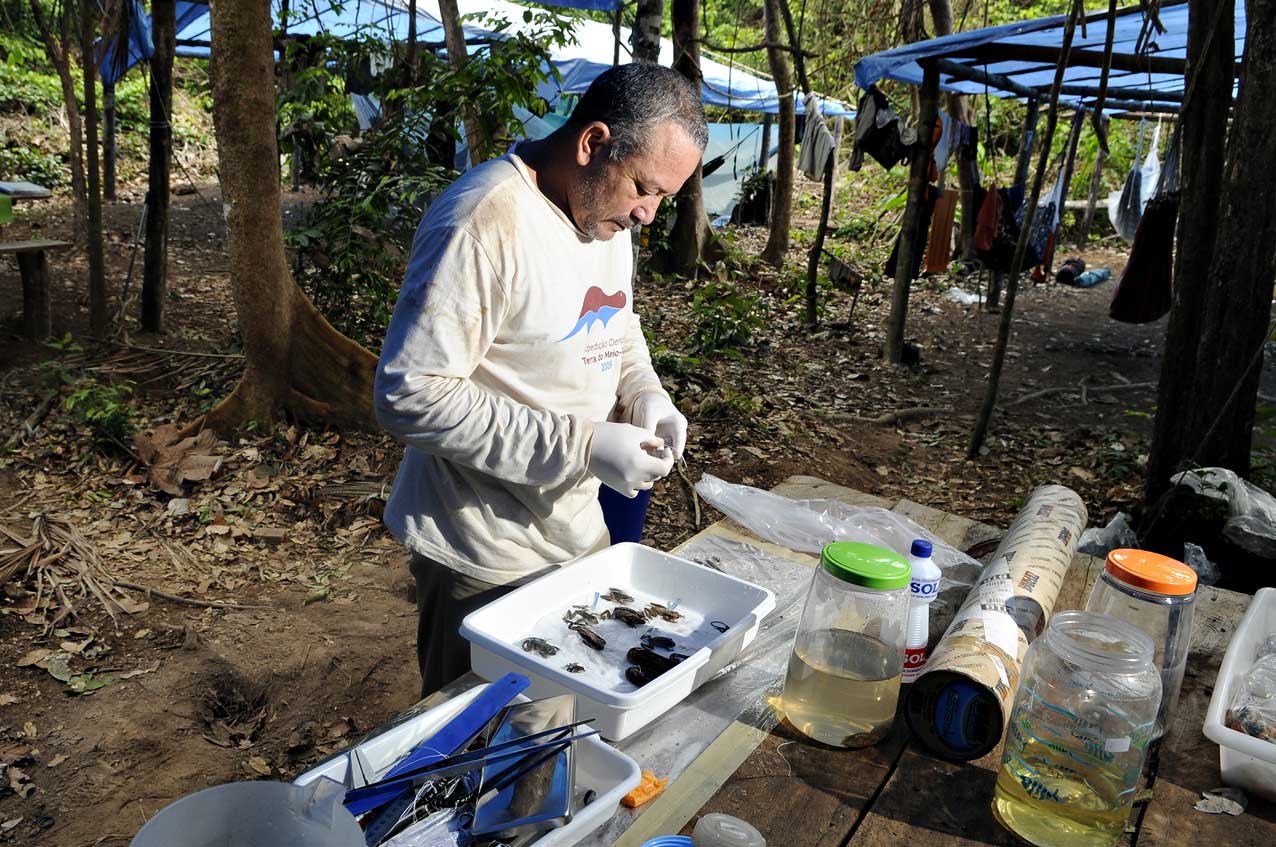 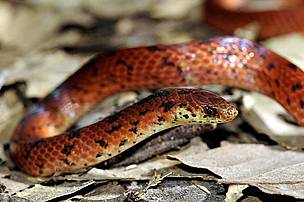 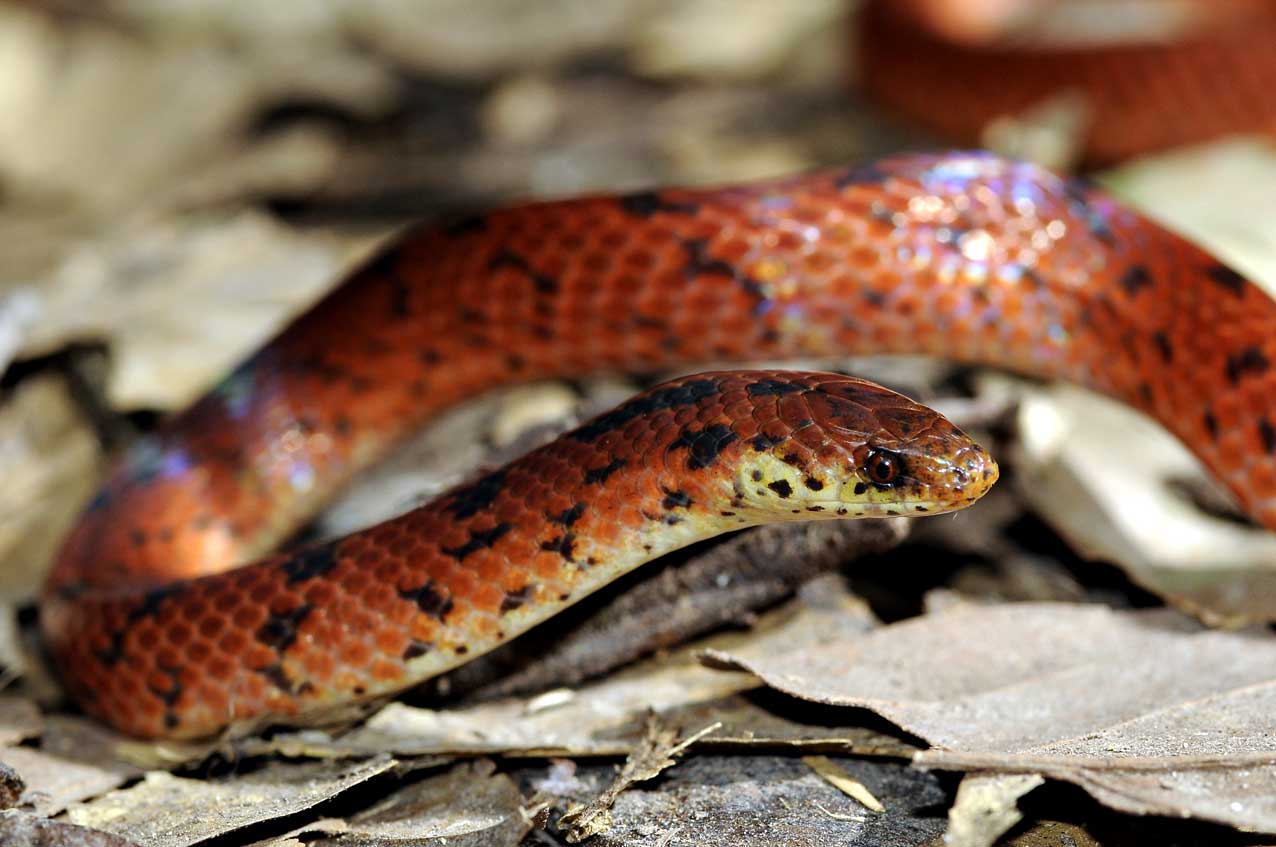