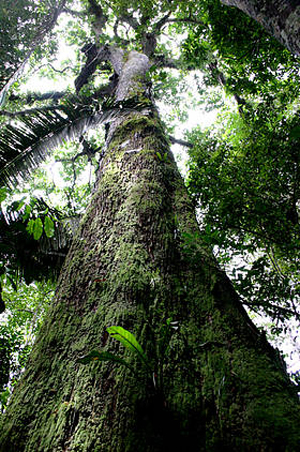 Brazil nut trees commonly grow to a heights of over 30 metres with trunks of 1 to 2 metres in diameter (One of the tallest trees in the Amazon).
© WWF-Brasil / Clóvis Miranda
The Brazil nut tree (Bertholletia excelsa), also known in Brazil as the castanheira-do-Pará (Pará Nut tree) is a beautiful, tall, stately tree native to the Amazon. It can be found in forests along the courses of the great rivers like the Amazon river, the Negro, the Orinoco and the Araguaia, but it is currently threatened with extinction.

Brazil nut trees commonly grow to a heights of over 30 metres with trunks of 1 to 2 metres in diameter (One of the tallest trees in the Amazon).
© WWF-Brasil / Clóvis Miranda Enlarge 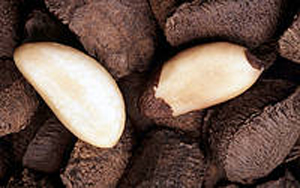