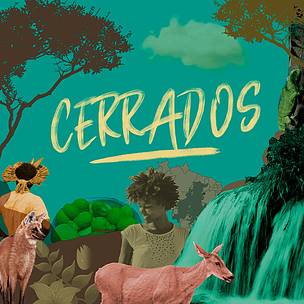 A glance of appreciation for the Cerrado, its people, customs, and biodiversity. This is what the Cerrados Campaign proposes, launched by Rede Cerrado and WWF-Brazil.
© WWF-Brasil
The initiative aims to raise awareness to the conservation and enhancement of the Biome, through podcasts with real stories of local populations and virtual interaction

A glance of appreciation for the Cerrado, its people, customs, and biodiversity. This is what the Cerrados campaign proposes, launched by Rede Cerrado and WWF-Brazil. From June 15 to August 17, ten podcast episodes on the realities of the Biome will be released weekly, based on real stories of residents of the region. The campaign also has a website (cerrados.org.br) which will have information and tips for mobilizing local preservation, as well as a chatbot on the Cerrado Facebook page. The initiative is the result of the articulation between WWF-Brazil and Rede Cerrado - this brings together more than 50 civil society organizations that work to promote sustainability, in defense of the conservation of the Cerrado and its peoples.

Podcasts, available on Spotify and other digital platforms, expose the Cerrado's human and environmental challenges from the stories of local people and their efforts to survive and preserve the Biome. The first episode, Semeando Água, tells the story of Fabrícia Costa, a native seed collector who, suffering from a lack of water in her region, joins other residents of the Roça do Mato community to replant the Cerrado in northern Minas Gerais as a way to combat water scarcity. Few know, but the Cerrado is indispensable for water regulation in Brazil: the roots of the trees in this Biome act as a giant sponge, absorbing and storing rainwater and distributing it to 8 hydrographic basins in Brazil, reaching millions of important springs and aquifers, like Bambuí, Urucuia, and Guarani.

The relevance of the Biome is in its little-known properties, both in fauna and flora. Even housing 12% of the Brazilian population and reaching 11 states plus the Federal District - the Cerrado is still little known and valued compared to the Amazon, for example. It is the largest biodiverse savanna in the world, home to 5% of all species on Earth (32% of which are unique), with 12,000 species of plants.

The Cerrado also has a living cultural heritage in traditional communities and native populations, also known as guardians of the biodiversity and waters of the Cerrado. They have specialized knowledge of the use of natural resources, nature cycles, climate, and conservation of the Biome, from where they obtain their livelihoods.

According to her, traditional ways of life are important allies in the conservation of ecosystems, as they form productive landscapes that provide continuity for the environmental services provided by the Cerrado, such as maintaining biodiversity, hydrological cycles, and carbon stocks.

The second episode, about Dona Lucely Pio, for example, will show how traditional medicine can be a way to preserve the environment, generate income, and still take care of people's health. Lucely finds medicine for everything in the plants of the Cerrado of Goiás. Through her hands, the ancestral knowledge inherited by the quilombolas of the Cedro Community saw syrups, ointments, bottles in the seventh episode, which tells the story of how young leaders are systematizing the traditional knowledge of the elders in a Xavante village in Mato Grosso.

The agricultural sector covers 40% of the Cerrado's soil and although there are mechanisms for land reclamation, about 30% of pastures are degraded or underutilized. The richness and biodiversity of the Cerrado have lost ground to deforestation caused by poor management of the beef and soybean production chains as well as the process of land speculation - depicted in the fourth episode, which shows how residents of the Cacimbinha community face invasions, threats and become victims of land grabbing. History shows how the young Lusineide becomes a community leader, organizes a project, unites neighbors, and creates new tools to protect the Cerrado in western Bahia.

Despite these stories of resistance, since 2009, the biome has undergone average deforestation of about 2,500 million acres per year, according to INPE. In 2018 alone, about 1,500 thousand acres were deforested. Half of the Cerrado has already been lost and the dissemination of information and guidance on preservation and conservation will help shine a light and develop an appreciation for the local identity and wealth.

In order to respond to the challenge of mobilizing more people in favor of the Cerrado, the campaign includes virtual tools for training local movements and voices, with the knowledge and legitimacy to propose guidelines in defense of the environment and the communities of the Biome.

Through the messenger tool on Rede Cerrado’s Facebook profile, it will be possible to learn about various ways and tools of social mobilization, including examples of good practices and step-by-step tutorials. Guidance on how to organize crowdfunding, follow or propose a bill, as well as promote a twitter campaign or a live broadcast, among other options, and they are all available dynamically and clearly. All tools provide for use a few resources and strong digital background, in order to involve people from all over the Biome.

“With this campaign, we invite people to become aware of the moment we live in and the importance of acting together, now - whether in digital activism, education, volunteering or as donors, supporting the projects we carry out with various partners throughout Brazil", explains Gabriela Yamaguchi, Engaged Society Director at WWF-Brazil. “The collective message we share is that taking care of nature - forests and savannas, rivers, mangroves, oceans, and all their diversity of lives - is taking care of ourselves.”

A glance of appreciation for the Cerrado, its people, customs, and biodiversity. This is what the Cerrados Campaign proposes, launched by Rede Cerrado and WWF-Brazil.
© WWF-Brasil Enlarge 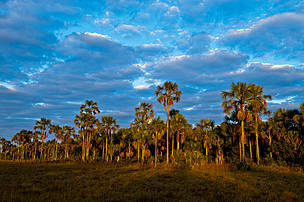 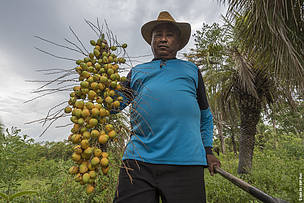