Have you heard of PANC: Non-Conventional Food Plants? 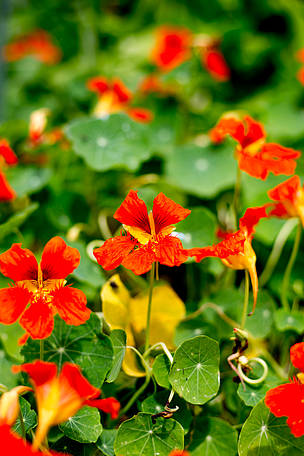 Capuchin is one of more than 10,000 PANC cataloged in Brazil
© Rayssa Coe / WWF-Brasil
Of extremely rich nutritional value, the PANC are brazilian fruits, leaves and flowers that come from where you would least expect

Muricato, maracujá-do-mato, espinafre malabar e ora-pro-nóbis are just a few examples of the Non-Conventional Food Plants (PANC) from Brazil. The name may seem strange at first, but these are nothing more than edible plants that spontaneously appear in the country.

Created by the biologist Valdely Kinupp, the term PANC has been increasingly used in Brazil and today there are more than 10,000 species identified. Most of them are described in the book Non-Conventional Food Plants (PANC).

“Market-standard foods like tomatoes, lettuce and peppers, although common, are usually less nutritious than the PANC. Those who try PANC try new flavors, gain new nutritional values ​​and vary their everyday menu. Everyone can keep eating tomatoes, lettuce, peppers ... But we suggest also to combine them with a beldroega, ora-pro-nóbis and capuchinha. Live and eat diversity!", comments Vinicius Pereira, conservation analyst at WWF-Brazil.

In addition to being a great source of nutrients, PANC are a way for each consumer to reduce the impact their food has on the environment, as their consumption of PANC (whether they were bought at the local fair or through a Community Supported Agriculture (CSA) project) is also a good way to contribute to more sustainable food systems as they are usually seasonal and regional.

Together with local partners, WWF-Brazil has been encouraging the use of PANC in its field work. An example of this are the Community Supported Agriculture (CSA) projects created in the Federal District and Minas Gerais state in recent years through the Water Brazil Program, a WWF-Brazil partnership with Banco do Brasil, the National Water Agency and Banco do Brasil Foundation.

Tânia Aguiar, from CSA Paulo Freire, in the Descoberto basin (DF), agrees and adds: “PANC are extremely important for soil maintenance, because they are rich in vitamins, minerals and fibers, in addition to being super resistant to pests and diseases”.

But care is needed! Eating PANC does not mean harvesting every plant that comes your way. It is important to read a lot about it and be sure of the characteristics of the food before eating it.

"You win the consumer when you show that they are more nutritious than traditional vegetables. For example, ora-pro-nobis has more protein than meat. So I'm always studying the benefits of each PANC to unlock its potential." comments Flavio do Carmo, from CSA Gaspar Martins, who has on his property araruta, vinagreira verde e roxa, physalis, cará and four other PANC.

Close to Flavio and Tânia, in the Pipiripau basin (DF), farmer Robermário de Souza grows more than 50 different PANC species and adds: "PANCs have an indescribable medicinal value. They can be used as teas, plasters, baths and many others. This comes from generation to generation, from people being healed by what comes from the earth." 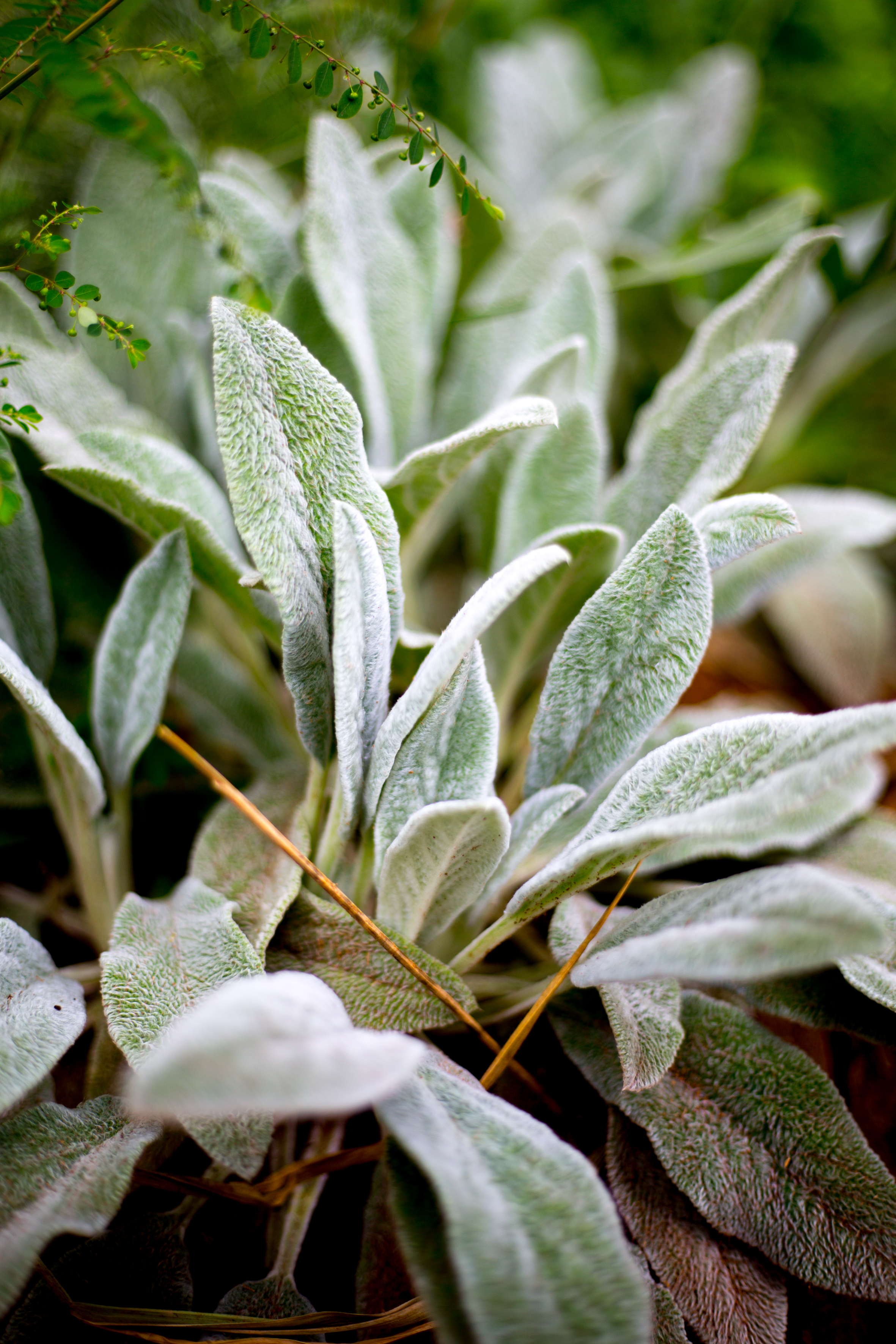 Also known as garden lambari, the goldfish plant ("peixinho") got its name because of the shape of its leaves. It is a plant typically used to make teas, but it can also be breaded, served as an appetizer. It goes well in dry climates and is easily identified by the leaf, full of hair.
​​​​​​​
Capuchinha 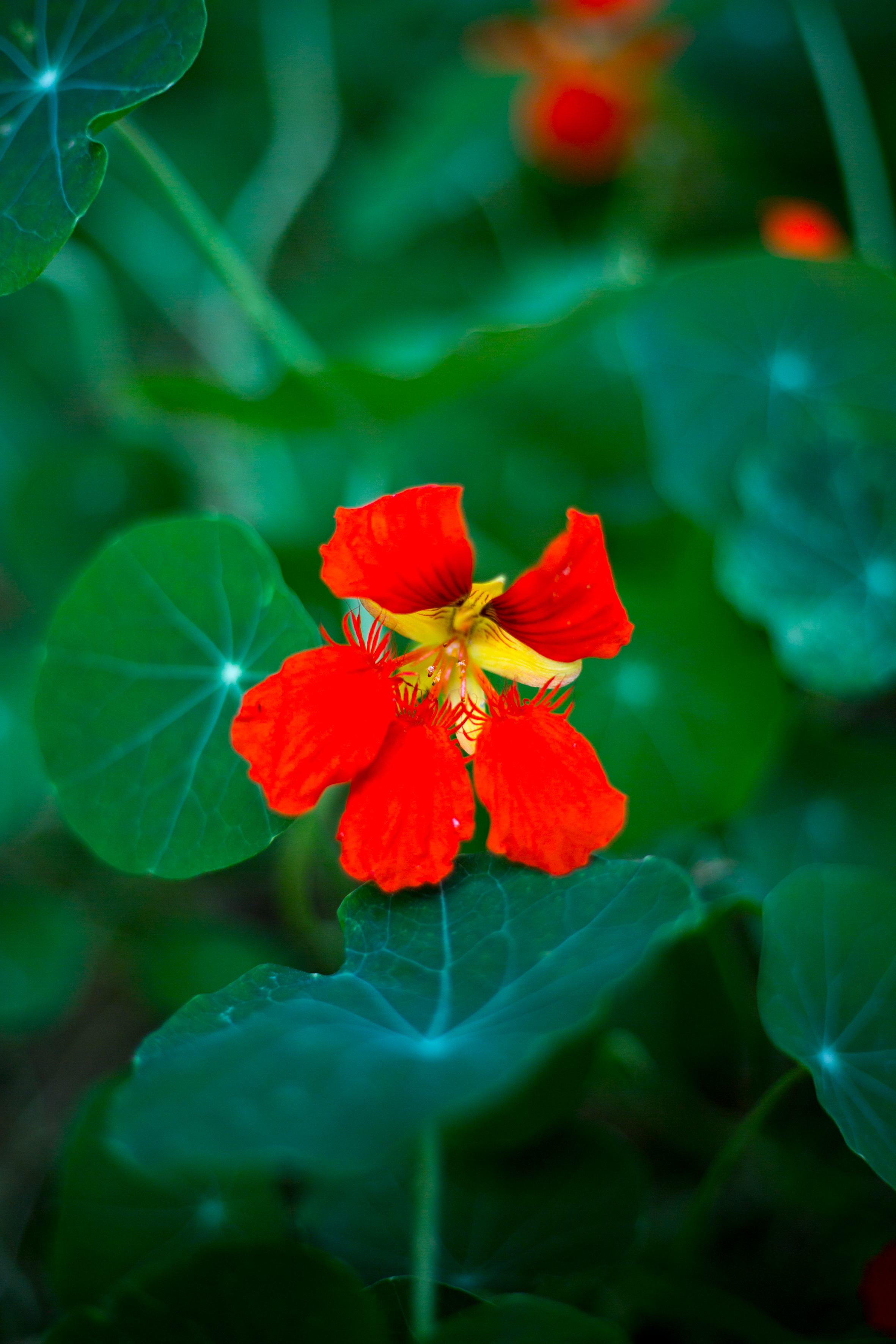 In addition to being ornamental, the capuchin ("capuchinha") flowers are edible. They can be yellow, red or orange and are very nutritious. The flavor resembles the watercress and its leaves are also edible. 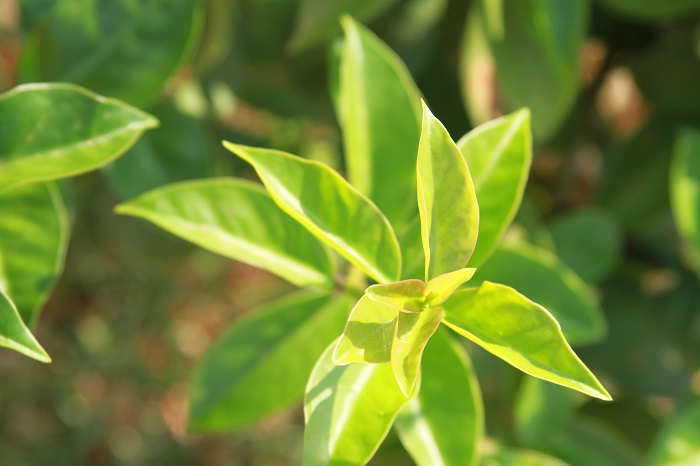 Known for its high protein value, the ora-pro-nobis is already a conventional plant in the region of Minas Gerais, in Brazil, where it is widely consumed in typical recipes. Its leaves are delicious and nutritious. Both the sprouts and the fruit are also edible. 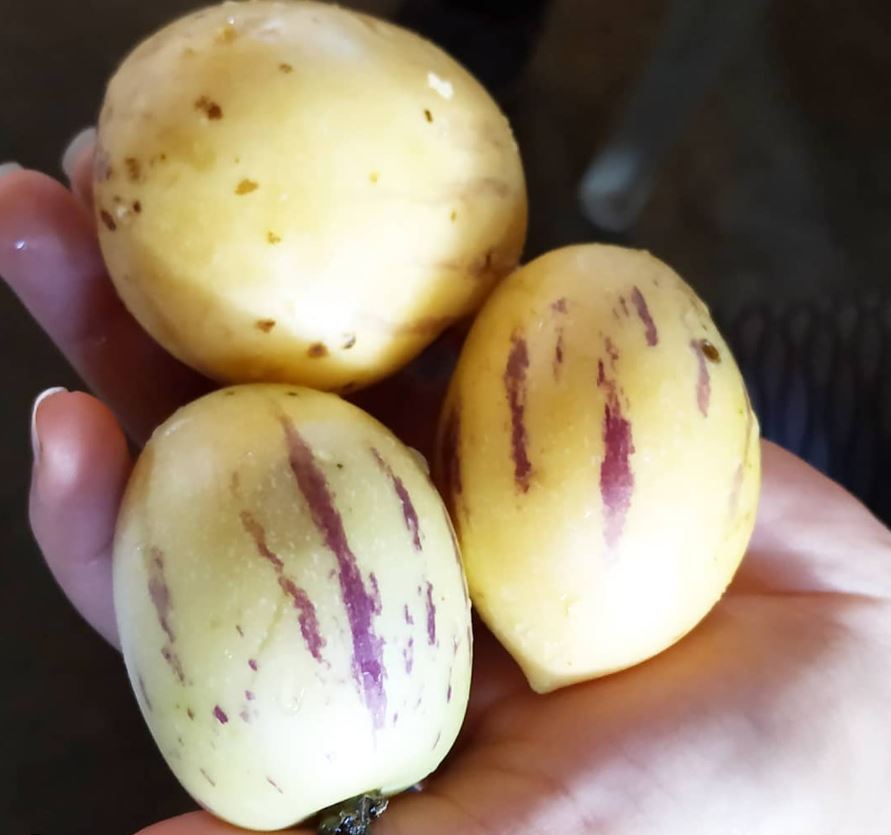 Relative to tomatoes and eggplants, muricato is a fruit vegetable. It emerged in the Andean region, and today lives well adapted to Brazilian environmental conditions. Its fruits are elongated like a tomato and have a slightly sweet taste, similar to the flavor of melons, due to the sugar percentage, that goes up to 12%.

Capuchin is one of more than 10,000 PANC cataloged in Brazil
© Rayssa Coe / WWF-Brasil Enlarge 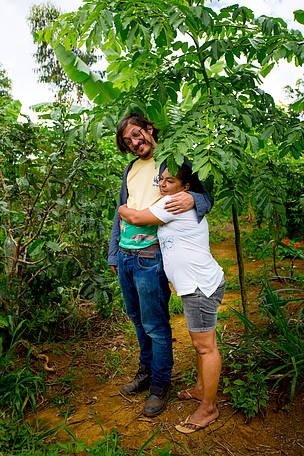 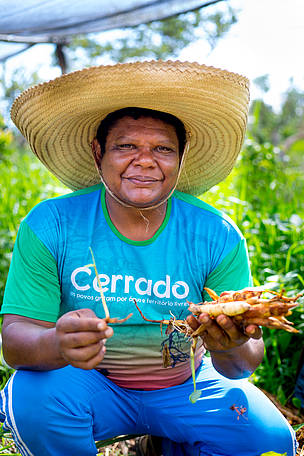 Flavio do Carmo is another farmer who has included PANC in his baskets, at CSA Gaspar Martins
© Rayssa Coe / WWF-Brasil Enlarge 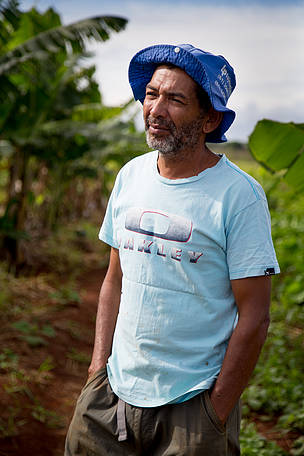