Local authorities signed and published a local decree that prohibits the entry, sale and use of containers and disposable plastic packaging or similar on the island.
Juliana Marinho

Besides a natural paradise, Fernando de Noronha island is now also a reference and a worldwide inspiration. On December 13, authorities signed and published a local decree that prohibits the entry, sale and use of containers and disposable plastic packaging or similar on the island.

"It was a decree thought by the various sectors of the local government - health, environment, legal - and we invite also local representatives of the commerce and of inns to collaborate. It was something created by a lot of people in order to make it  really happen", says Daniele Mallmann, environment manager of the of the island's local administration.

In use, this applies to plastic beverage bottles with less than 500ml, straws, cups, plates and disposable plastic cutlery, so as plastic bags. In addition, the decree guarantees the prohibition of any other packaging and disposable containers of expanded polystyrene (EPS) and extruded polystyrene (XPS) - popularly known as styrofoam - and other disposable products composed of polyethylenes, polypropylenes and similar. Local Administration have the support of markets and shops to end the distribution of plastic bags, one of the great plastic villains, along with the straws.

"The Archipelago of Fernando de Noronha is the first place in Brazil to sign such a extensive decree that prohibits plastics and alike, which demonstrates the interest in looking deeply into this issue. And it is very emblematic that comes from a Marine Conservation Unit", says Anna Carolina Lobo, coordinator of WWF-Brazil's Marine Program. "In Brazil, Noronha island is now leading the way to the global agreement that will be signed next year at the UN to ban the use of plastic until 2030," she adds.

The increase in the number of residents and visitors on the island has been pointed by local, state and federal spheres. The overpopulation causes an overload in services such as energy, sewage, transportation, housing and gradually increases the amount of waste produced.

About 45% of the Environmental Preservation Rate (APR) collected from tourists visiting the island is dedicated to the treatment and transportation of the waste to the continent. The forecast of the local government foresees that, in 2022, 100% of the of this rate would be dedicated to take care of the "garbage". Now this scenario may change with the ban on the entry of these products. In addition to the huge pollution of the oceans, the island waste generates excessive spending that can be redirected to other community needs.

Currently, 12.5% ​​of the waste produced in Noronha is organic, 20.5% recyclable and 67% real waste. There is even greater waste production than on the continent, since consumer goods come largely from the boat, and must be overpacked. According to data provided by the island's administration, in 2010, the amount of waste collected per street sweeper in one day was 1,074kg. In Recife, capital of Pernambuco State, this number was 635kg, according to the Urban Cleaning Company  (EMLURB). Today, the garbage amount produced is even greater.

"The ban on disposables means a significant step to the island sustainability. Reduce plastic consumption is a gain, without losing track of other items that also deserve our reflection to consumption decrease", says the manager of the National Institute of Biodiversity (ICMBio) in Noronha, Felipe Mendonça. "We expect action to be effective and actually happen. The ICMBio gives all the support and congratulates the local Administration for this action", he adds.

The decree requires that all establishments and commercial activities of the island conform to the new rule in a period of 120 days. After that period, such posts will be susceptible to penalties that may vary from notification, fines, seizure of material to permanent and temporary cancellation of the operating license.

WWF-Brazil and campaigns for plastic reduction
Worldwide, plastic is widely used because of its low cost and its lightweight, which allows it to be easily transported and handled, in addition to its good durability and strength. On the other hand, plastics can cause major environmental impacts due to their excess consumption and their incorrect disposal. Research shows that if we do not stop global production and plastic consumption, we will reach 2050 with 1.25 billion tons of plastic wandering around the planet, 26% of which will be used as packaging products.

According to WWF studies, 95% of the available plastic is wasted after the first use by improper disposal, which is equivalent to a garbage truck dumped every minute at the sea. Yes, that's right. In that context, WWF-Brazil has established the theme as a priority and develops projects that promote the reuse of plastic for community income generation, such as the Remolda Project - Plastic Vale Ouro and beach cleanups efforts in several locations in Brazil.

In Fernando de Noronha, with a campaign supported by Mares Limpos (UN Environment), and the sponsorship of OMO (from Unilever), WWF-Brasil promoted a beach cleanup action at the island’s Port. The Ocean Without Plastic campaign brought together about 80 local children and adults to collect waste, in addition to two supermarkets cooperation to distribute ecological bags. This action also happened in Niterói, Guanabara Bay and Recife. 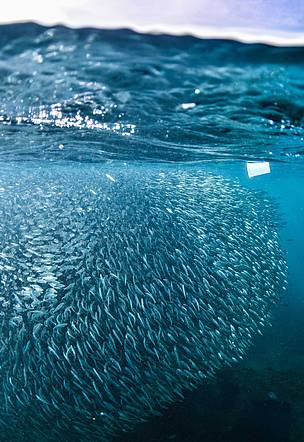 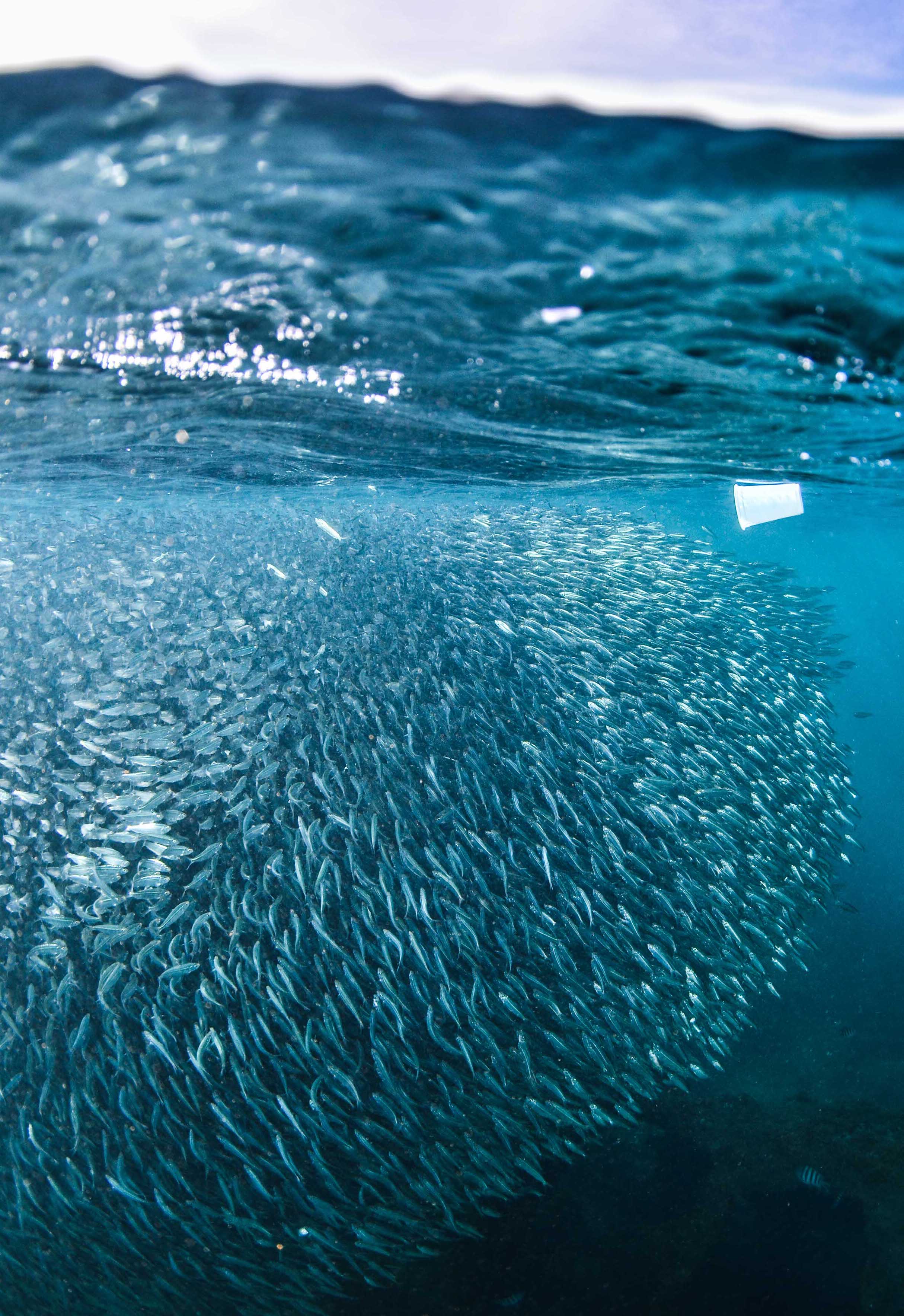