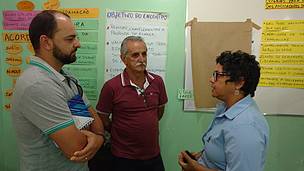 Humaitá (Amazonas state, Brazil) – Over 50 social actors, representing more than 20 governmental, civil society and business organizations, took an unprecendented, important step towards the organization of the various social segments in favor of a social and environmental agenda: the Alliance for Southern Amazonas Sustainable Development was officially created during a meeting that took place on July 10-12 in Humaitá, a municipality in Amazonas state.

The Southern Amazonas region is considered as “the last frontier” to halt deforestation. The region encompasses 42.5 million hectares spreading over the municipal districts of Novo Aripuanã, Manicoré, Humaitá, Lábrea, Boca do Acre, Canutama, Tapauá, Apuí, and Maués. There are more than 319,000 people dwelling in this region, and the economy is based on farming, ranching, and extractivism. Protected Areas account for 61 per cent of this territory.

Land grabbing, trespassing in Protected Areas, and forest conversion into open fields are some of the region’s main environmental problems. From 2008 to 2017, Southern Amazonas centralized 67 per cent of the deforestation and over 81 per cent of the heat sources in the state.

The Alliance is meant to be a forum and a space for discussions, where different social actors can exchange their experiences, develop joint actions, forward common demands, and increase their representativeness with the decision centers.

During the meeting held in Humaitá, the initial guidelines for the operation of this initiave were defined. A management core team was created and it will meet in August to make their first deliberations. Working Groups will discuss the top themes defined by the participants, such as production issues; the forest sector; infrastructure; tourism; mining; territorial and land property ordering, as well as environmental ordering.

The launching event for the Alliance in Humaitá included some capacity building moments. Workshops were carried out: IMAZON provided a workshop on geoprocessing, while WWF-Brazil provided another one on Sustainable Livestock Indicators Guidelines (GIPS, in Portuguese) and on the Sustainable Livestock Working Group, (GTPS, also in Portuguese). A meeting is scheduled for November, in order to discuss the land territorial and property ordering, as well as the environmental ordering.

The Alliance proposal is important, stated Milton Dal Bem, representative from the Apuí Municipal Council for Rural Sustainable Development. “During this initial discussion, we have already decided on several measures, and I believe the Alliance can help us to stand firm and put the agreements into practice”, stated Dal Bem.

WWF-Brazil’s Amazon Program Coordinator, Ricardo Mello, stated that one of the goals of the Alliance for the Southern Amazonas Sustainable Development is to help the region’s social actors to “find and structure a voice of their own”: “We wish it to be a local, positive, consistent, proposing voice, one that is able to take part in the national debate”.

WWF-Brazil has been working in Southern Amazonas state for over one decade – its activities, nevertheless, have been focused on the Apuí municipal district and the Protected Areas composing the Meridional Amazon Mosaic (MAM).

Among the various activities carried out by WWF-Brazil in this area, the non-governmental organization has been developing actions for regional articulation and the implementation of a community-based tourism agenda in Barra de São Manoel, as well as working to strenghten the forest agenda in Amazonas state.  Furthermore, in 2017, WWF-Brazil published a social, economic, and environmental study on this region, and, in partnership with other institutions, it has recently installed solar energy panels in two extractive riverine communities.

More than 50 social actors, from 9 different municipalities, were at the II Meeting of the South of Amazonas
© Jorge Eduardo Dantas / WWF-Brasil Enlarge 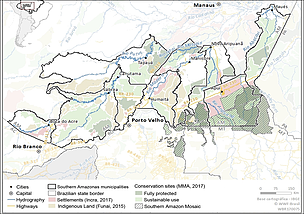 Since 2016, WWF-Brasil has been working on increasing its working area at the South of Amazonas
© Programa de Ciências/ WWF-Brasil Enlarge 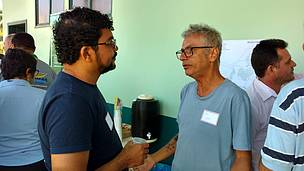 The Alliance is meant to be a forum and a space for discussions, where different social actors can exchange their experiences
© Jorge Eduardo Dantas / WWF-Brasil Enlarge 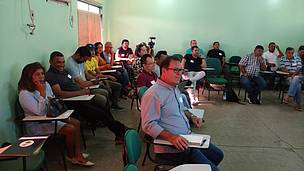 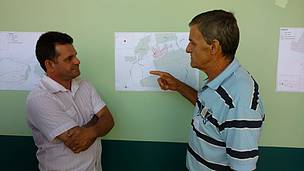 Milton Dal Well, representative of the municipality of Apuí (right): "The Alliance will be an important space".
© Jorge Eduardo Dantas / WWF-Brasil Enlarge 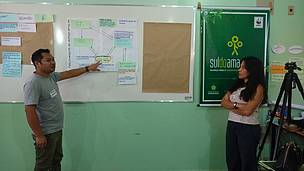 Francisco Melgueiro, from the State Department of the Environment of Amazonas (left): "We are pursuing the growth of the South of the Amazon, but a growth done on a fair and sustainable basis."
© Jorge Eduardo Dantas / WWF-Brasil Enlarge 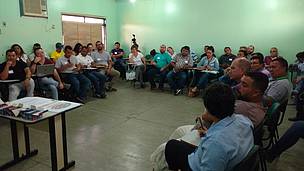