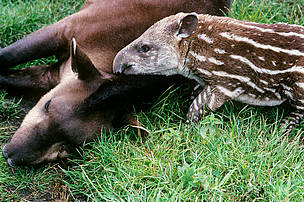 Tapirus terrestris, threatened species
© David Lawson/WWF-UK
An initiative by the Ministry of the Environment (MMA) will allocate about 13 million dollars to a project to minimize impacts on biodiversity. The National Strategy for the Conservation of Threatened Species (GEF-Pró-Espécies Project) was launched on Tuesday (May 22), International Biodiversity Day, and is designed to mitigate threats and strengthen the conservation status of species.

With funding from the Global Environment Facility Trust Fund (GEF), the project will cover at least 12 key areas in 13 states (MA, BA, PA, AM, TO, GO, SC, PR, RS, MG, SP, RJ, and ES), in a total area of 9 million hectares. Measures to protect all threatened species in Brazil are expected to be implemented by 2022.

“This is a key project for Brazil to meet international species conservation goals,” says Minister of the Environment Edson Duarte. These include the Aichi Targets contained in the Strategic Plan for Biodiversity for the period 2011-2020, put forward by the signatory countries of the Convention on Biological Diversity (CBD).

The GEF-Pró-Espécies is ran by the MMA’s Department of Species Conservation and Management under the Brazilian Biodiversity Fund (Funbio), and WWF-Brazil is the executing agency. Its partners include the Chico Mendes Institute for Biodiversity Conservation (ICMBio), the Rio de Janeiro Botanical Garden (JBRJ), the Brazilian Institute for the Environment and Renewable Natural Resources (Ibama) and state environmental agencies.

“This is an innovative initiative – by prioritizing the 290 most critically endangered species for which action plans are not available or occurring outside protected areas, the project will also benefit hundreds of other species in a positive cascading effect. And it could contribute to the genetic flow of isolated groups on islands of native vegetation between protected and private areas,” says Rosa Lemos de Sá, Secretary-General of Funbio.

DURATION
The GEF-Pró-Espécies project is expected to span a four-year period, and will work on the prevention, conservation, management, and governance fronts to minimize threats and risk of extinction of species. It will bring together the federal, state and municipal levels of governments in the implementation of public policies. Minister Duarte believes that the main strength of GEF-Pró-Espécies is to generate synergies in the efforts of federal and state governments, the civil society and local communities. “This message is reinforced by the slogan Todos contra a Extinção (All against extinction),” he adds.

Mauricio Voivodic, CEO of WWF-Brazil, also stresses the importance of this collaboration in conservation actions and the engagement of civil society for the protection of species. “Loss of species is a serious problem worldwide and is associated with the reduction of natural areas and other factors. The Pró-Espécies Project is vital to address this problem in Brazil. Collaboration across governments and the civil society will provide not only greater understanding of how loss of biological diversity puts society at risk, but will also effectively protect endangered species,” he explains.

The project is based on four action components: Integration of threatened species conservation into sector-specific policies; Control and prevention of poaching, illegal fishing, plant harvesting and traffic in wild species; Prevention and early detection of and rapid response to invasive alien species; and Coordination, monitoring and reporting.

MEGADIVERSITY
Brazil is the world’s most megadiverse country in terms of biological diversity, with more than 163 thousand known species. Of these, 3,286 are considered threatened species and 290 are in a more critical status and do currently rely on any conservation initiatives.

In coastal and marine ecosystems risks are associated with human activities that lead to reduced mangroves coverage, seaweed, and coral reefs, as well as over-fishing. An increase in alien species alters ecological cycles and could drive native species to extinction. 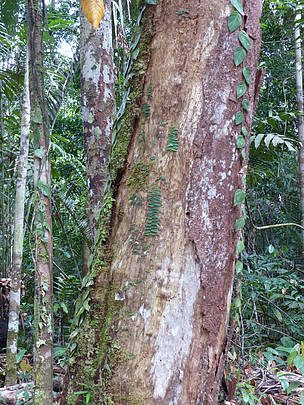