An apology to the Paraguay River 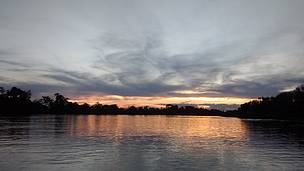 Sunset in Paraguay River
© WWF-Brasil
Commemorative dates such as World Rivers Day, recently celebrated on September 24, always catch our attention. They are usually cause for happiness and praise. However, recently we do not have a great deal to celebrate. In the name of development, we have adopted irresponsible measures relating to our waterways, and unfortunately the current state of Brail’s rivers does not deserve praise, but instead a request for forgiveness.

We owe our water an apology for what we have done up to now: badly planned capture for irrigation and water supply, rivers contaminated with industrial waste and due to a lack of basic sanitation. And deforested riparian forests and neglected protection measures, such as the preservation of vegetation around springs and watercourses. The irresponsible construction of dams, hydroelectric plants and waterways is constantly on the rise. These dams interfere with rivers’ natural nutrient cycles and the procreation and migration of fish and other species, cause alterations in the volume, quality and natural oscillation of water and generate knock on effects for riverine communities, including relocation and displacement and changes to centuries-old customs and hunting and fishing practices.

What we have done to our rivers for the sake of development brings our own capacity for survival into question, as we are completely dependent on these systems. This is because 61% of the water that comes out of the taps in our homes originates from rivers, 66% of the energy consumed in the country is generated using the force of their flow and 70% of Brazil’s water is used in agricultural production.

There are now only a few rivers left in the country that are free, and which still flow unhindered by the huge obstacles caused by man, preserving the quality and quantity of their water and providing environmental services. If one of Brazil’s largest rivers, the Paraguay River, could speak, it would shout at the top of its lungs that getting old is a privilege, but that this free flow that has lasted for millions of years now seems to be on its final countdown. With each day that passes this river gets closer to losing its freedom.

Its 2,600 km are gradually being strangled by a series of dams used for a range of purposes, but mostly by hydroelectric plants that have been constructed along its tributaries. More than 40 have already been built, and over 101 others are planned. These activities alter the flow and quality of the water, and above all create conflict. Today approximately 20 water courses are hindered by hydroelectric dams. If all of the 101 that are planned are eventually constructed, over 45 tributaries of the Paraguai River will undergo changes to their flow, directly affected life in the Pantanal.

The Paraguay River Waterway that is currently being designed will also cause huge impacts that will affect millions of people. The technical, economic and environmental feasibility study for this requested by the National Department of Transport Infrastructure (DNIT) indicates that the navigability of the Cuiabá River (a tributary of the Paraguai River) is already being compromised by the Manso hydroelectric plant, meaning that it will not be possible to include this watercourse in the project. This type of clash, such as deciding between waterways and power generation, has a tendency to intensify, especially when decisions have to be made between large-scale water capture for irrigation and water supply for human consumption.

The Paraguay River is just one example among many others across the country. Conflict may have previously existed between preservation and development, but nowadays we no longer have the time for this type of conflict. The private sector, cities, rural producers and wider society need to engage and unite through the shared management of territories, in which water basins are treated as separate units for management and planning. We need to appreciate the value of the environmental services provided by our rivers and include this in the economic, technical and environmental feasibility analyses of large-scale activities. And more importantly, we need to transform the current logic of carrying out recuperation and conservation activities when areas have already become degraded. We need to act now if we want World River Day to be a cause for celebration and not a final countdown. And we are already behind. 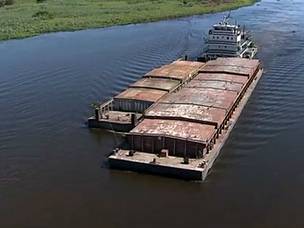 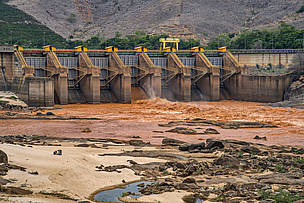 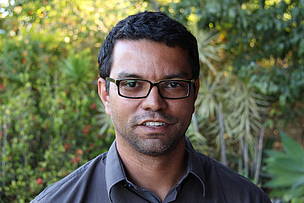