In the first decade of the agreement - while soybean planted area in Brazil increased approximately 50% - deforestation caused directly by the commodity in the Amazon biome was less than 1% of the registered total.
This year marks the 10 year anniversary of the agreement that guarantees market access for soy that is not involved in deforestation, slave labor or threats to indigenous lands. At an event held on October 19th in São Paulo and promoted by the Soybean Working Group Soybean (GTS in Portuguese), the message is unanimous: the Moratorium is the first major global agreement of zero deforestation in the Amazon biome where soybean expansion has been a major cause of deforestation vectorwith positive results of less than 1% of total deforestation registered in the period.

"This success is due to the coordinated actions among different sectors with a significant participation of civil society that has acted in a very articulate and prepared manner, with concrete proposals and assertive propositions over the period that have contributed to the success of zero deforestation in the biome”, said Frederico Machado, a specialist in WWF-Brasil’s Food and Agriculture program.

Aside from civil society, the productive sector and the soy industry(whose trade distributes 95% of the soybeans exported from Brazil), and the Brazilian government have been important collaborators.

Frederico points out that even though results are striking, some Moratorium issues can still be discussed and improved, such as: deforestation in settlements, indirect industry suppliers (soybean warehouse companies, cooperatives and producer associations), synergies with existing legal frameworks and public policies such as the Forest Code, and improvements associated with monitoring mechanisms to check deforestation not only in vegetation with forest formation - as it has been so far – but also considering conversion of non-forest natural habitats.

The group that makes up civil society in the GTS also calls for expansion of the moratorium or applications of concrete actions to contain and eliminate deforestation derived from soybean in other biomes.
"We need to reflect on what we need to improve and what kind of attention you need to  give to other ecosystems being converted to cropland at truly alarming rates, as research institutions have shown to be occurring in the Cerrado and Chaco," explains Machado.

Due to less protection by law, more infrastructure, and attractive price of land for crop, the Cerrado has been an easy target of devastation motivated by advances in agricultural production since the 1980s, especially soybeans, with a focus on the Midwest region. Now, it is expanding into new areas with vast expanses of native vegetation.

This biome stands as the heart of Brazilian agro-industrial production. It was responsible for 51.9% of the soybean acreage in Brazil in the 2013/14 harvest – and nearly 16 million hectares of the Cerrado were used for grain production according to the report "Geospatial Analysis of the Dynamics of annual crops in the Cerrado: 2000 2014” produced by Agrosatélite. This study sought to portray use and land cover changes caused by the expansion of soy, corn and cotton between 2000 and 2014.

Last year, the Ministry of Environment, through the Brazilian Satellite Monitoring of Biome Deforestation Project, announced that in the period 2010 to 2011, the region lost 12% of the natural vegetation and suffered 66% of degradation in native areas, concentrated mainly in the MATOPIBA region (portion of the Cerrado in the states of Maranhão, Tocantins, Piauí and Bahia).

"What this study shows is the impact of the expansion of this new agricultural frontier in one of the most important ecosystems in the world in terms of biodiversity, water production and other ecosystem services. It is essential to expand the success of the Soy Moratorium in the Amazon to the Cerrado, and include other commodities as well, "says Edegar Rosa, coordinator of the Agriculture and Food program of WWF-Brazil.

If we look at the estimates for the biome, based on the current rate of destruction, the picture is bleak. The Living Forest Report, study published by the WWF Network last year, states that 15 million hectares will be lost in the Cerrado over the next 15 years, giving way to pasture, which already corresponds to 29.5% of the biome, and agriculture, which currently represents 8.5%.

We cannot reach this level of impact. "In addition to eliminating the conversion of natural ecosystems for the production of commodities, it is also important to speed up the implementation of the Forest Code, through Rural Environmental Registry (CAR) and the implementation of the PRAs in the states, and promote the creation of Conservation Units (CUs) are tools to minimize and monitor deforestation in a regularly and effective fashion, "adds Edegar.

Today, less than 10% of total Cerrado territory is included in  protected areas and , of these, less than 3% is under full protection. PAs are a way to shield the ecosystem, helping to protect water sources important for climate regulation, in the generation of income for traditional peoples and communities, and ensuring the socio-cultural wealth. 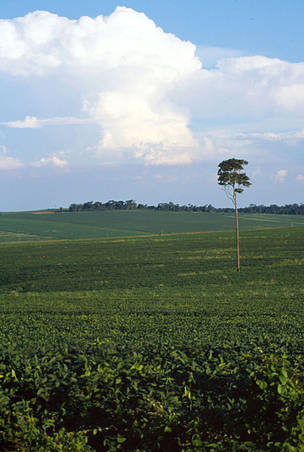 In the first decade of the agreement - while soybean planted area in Brazil increased approximately 50% - deforestation caused directly by the commodity in the Amazon biome was less than 1% of the registered total.
© Michel Gunter/WWF-Canon 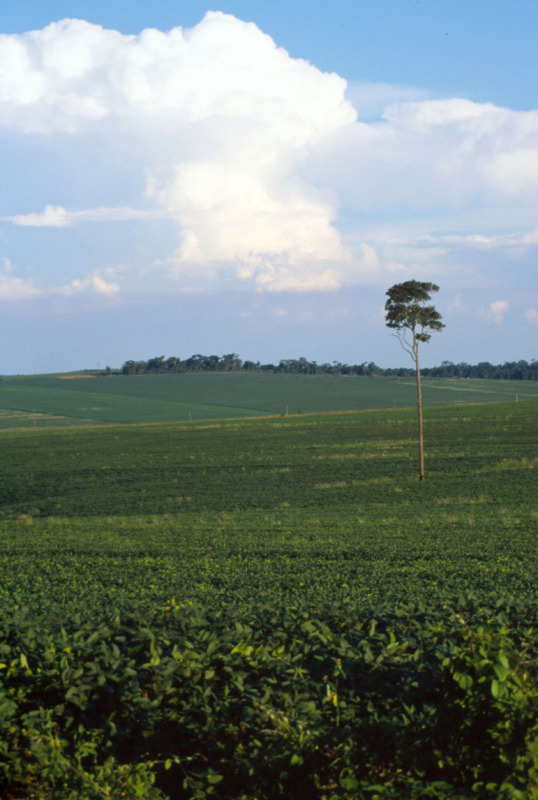 In the first decade of the agreement - while soybean planted area in Brazil increased approximately 50% - deforestation caused directly by the commodity in the Amazon biome was less than 1% of the registered total.
© Michel Gunter/WWF-Canon
DOE AGORA
DOE AGORA