Vote on the PEC 215 could be postponed for two months 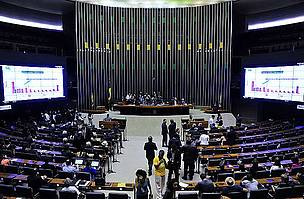 This Tuesday saw the setting up of a Special Committee of the Chamber of Deputies to appraise the Proposed Constitutional Amendment (PEC) 215/2000, sending a clear sign that the bancada ruralista, an informal bloc made up of representatives who defend agribusiness, remains united in its quest to transfer powers to homologate indigenous and Quilombola lands and create protected areas from the executive branch to the National Congress. In practice, the bancada ruralista want to modify the constitution to benefit agribusiness and other commercial activities, such as mining, power generation and transport, without considering the key role that these protected areas play in protecting forests, water, biodiversity and the climate.

As expected, the “ruralist” deputy Nilton Leitão, from the Brazilian Social Democracy Party (PSDB), was elected president of the Special Committee that will analyse the PEC. The deputies Nelson Marquezelli, of the Brazilian Labour Party (PTB), and Bilac Pinto, of the Party of the Republic (PR), were elected as vice-presidents. They received 19 votes, from a total of 26 deputies who were present at the vote (seven blank votes). Osmar Serraglio of the Brazilian Democratic Movement Party (PMDB) continues as reporting deputy, and Valdir Colatto, also of the PMDB, as supporting reporting deputy.

Leitão promised to leave the debate about the proposal open for at least 60 days. If this promise is fulfilled, the vote on the proposal will be postponed during this period. Leitão affirmed that “according to procedural regulations, I could have opened the debate on the text and concluded the issue today. There wouldn’t even be a committee tomorrow. I am doing this in the name of democracy”.

The first meeting of the Special Committee will be held next Tuesday 24th March, when Serraglio is likely to present practically the same report which was shelved last December when the previous committee was prevented from voting on the proposal due pressure from the indigenous movement. Following a request by the ruralists, the proposal was unshelved as soon as the Chamber recommenced its activities in 2015.

It is expected that Serraglio’s report will be along the same line of reasoning and call for the transfer of powers to demarcate indigenous and Quilombola lands and create protected areas from the federal government to Congress. The proposal also allows Congress to review the demarcation process of already homologated indigenous lands. The approval of the PEC would mean the definitive paralysis of the formal recognition of these protected areas. Leitão said that he believed that the Special Committee will modify “only certain points of the text”.

The deputy Sarney Filho, from the Green Party (PV), affirmed that alternatives to the PEC will be proposed, such as land compensation for farmers who occupy indigenous lands. Currently, the constitution only provides for the payment of betterments. Sarney confirmed that “our strategy is to seek ways of offering counterpart proposals to substitute this proposal, which is unconstitutional”. It is also expected that Sarney Filho will propose that current protected areas should considered untouchable.

Indigenous peoples – who forced the PEC 215 to be shelved at the end of last year – once again expressed their opposition in Congress. Around 80 Indigenous leaders protested against the PEC during the opening of the Special Committee’s activities.

Seven leaders managed to enter the plenary session and extend a banner with the message “ruralistas lava jato” (ruralist carwash), a reference to the fact that a large part of the deputies linked to agribusiness are currently under investigation by Federal Police in the Petrobrás corruption scandal. Security guards thwarted the Indians’ attempts to keep the banner held up.

At the end of the afternoon, also in the Chamber of Deputies, the Parliamentary Front for the Defence of Indigenous Peoples was launched. A total of 211 deputies signed up to the front, which will be presided over by deputy Ságuas Moraes of the Workers' Party (PT), who strongly criticized the PEC.

One of the front’s priorities is to stimulate society to participate in the battle against the approval of the PEC 215. According to Moraes, “the proposal infringes indigenous peoples’ rights to land and life and represents a setback in relation to the territories already achieved up till now...... if we forgo these rights now many others will be lost along the way”.