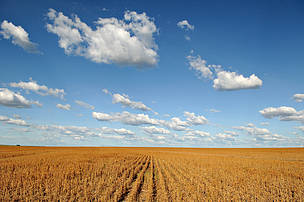 Large buyers of agricultural commodities produced in Brazil – particularly soy and meat – can help the country to achieve zero deforestation within the coming decades.  The agricultural commodities sector plays a strong role in Brazil’s national economy and is strong enough to encourage rural producers to comply with the forest legislation and influence government to maintain a low carbon agriculture incentives policy.

Furthermore, this sector is well equipped to supply the external market with products from sustainable supply chains.  All it takes is alignment and making the right choices.

In order for this to happen, exporters, funders, and buyers of Brazilian agricultural products should form a block to adopt a strategy including international commitments – such as signing and disseminating the New York Agreement, for instance. Local interventions, such as maintaining or expanding the Soy Moratorium commitments beyond 2016, would also be a way of halting the loss of native forests.

Agricultural commodities market leaders can also help stop deforestation if they start requesting, from all of their suppliers, at least, the registration of rural properties in the Rural Environmental Register System (SICAR, Portuguese acronym for Sistema de Cadastro Ambiental Rural).

The above suggestions were made by WWF-Brazil’s Public Policy Leader (Superintendent), Jean-François Timmers, during The Sustainable Soy Workshop, organized in the past week, in Brasilia, by The Consumer Goods Forum (TCGF).

The Consumer Good Forum is a global platform with the participation of industries, trades, banks, and service providers in the commodities markets in 70 countries. Together, the companies in this group have a turnover of 2.5 trillion (thousand billion) Euros and they provide direct jobs for 10 million people and another 90 million jobs along the agribusiness value chains worldwide.

Timmers points out that Brazil’s environmental legislation is a restrictive one, which is a good thing, but the mere existence of laws is not enough to ensure its enforcement nor compliance.  He says that it is essential that the market require suppliers to provide legal safeguards. “Requiring compliance with the national laws throughout the supply chain is already a warranty for whoever buys or sells Brazilian agricultural products.  It can secure a better position in the international market, which is more and more watchful of the product origin, says Timmers.

Compliance with the Forest Law is just an entrance gate to lawfulness (legality). The Brazilian Forest Law was created in 2012 and its regulation is still under way; nevertheless, it already accounts for some good measures, such as the Rural Environmental Register (CAR) and the Environmental Regulation Program (PRA, Portuguese acronym for Programa de Regularização Ambiental). If implemented, these instruments may help revert part of the forest liabilities, suggests WWF-Brazil’s Policy Leader.

Beyond the moratorium – According to this environmentalist, Forest Law is crucial for forest protection and restoration, but it is insufficient to ensure the supply chains sustainability.  Timmers pointed out that, according to the law, there are 88 million hectares eligible for deforestation, since the Forest Law allows deforestation in up to 80% of the land property, the percentage varying according to the region.

Therefore, it is necessary to go beyond.  According to Timmers, complementary actions are needed to ensure the sustainability in the commodities market.  Among those actions, he mentioned maintaining the Soy Moratorium commitments for the Cerrado until 2016 and including the Cerrado Biome in the Pact against Deforestation.  “It is not necessary to deforest to expand production.  Expanding is done on lands that have already been converted and abandoned.  It suffices to increase the productivity per hectare”, said Timmers.

Timmers pointed out that the search for certification and participation in forums such as the Round Table for Responsible Soy, ProTerra, Bonsucro (sustainable sugar cane), Forest Stewardship Council (FSC), Rainforest Alliance, and others, would help to ensure increased sustainability, as well as image gains for the companies.  Another impact measure would be purchasing meat only from the organizations that have signed the Conduct Adjustment Agreement regarding the Amazon meat (Meat Moratorium). 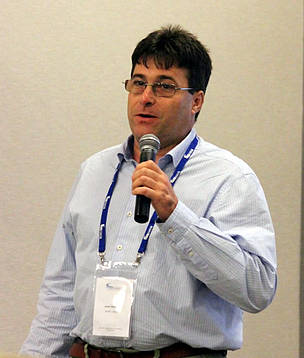