The images are not too clear, a little dark and with poor definition as they were taken at night by camera trap equipment. Nevertheless, the two photos have been sufficient to intrigue researchers and residents in the region of the Sertão Veredas-Peruaçu protected areas mosaic in the northern part of the State of Minas Gerais. There have been tales told of such an animal in the region but never before has a black-coated maned wolf been officially registered in photographs or in the literature here or anywhere else in the world. From now on experts at the NGO Biotropics Institute (Instituto Biotrópicos de Pesquisa em Vida Silvestre), which undertakes the work of monitoring mammals in the region with the support of WWF-Brazil’s Cerrado-Pantanal Programme, will be constantly on the lookout for this highly unusual canine animal.

The reddish-auburn coat is one of the maned wolf’s most outstanding features and that is why people who saw the first pictures of the black-coated animal taken in the Veredas do Acari Sustainable Development Reserve near the town of Chapada Gaúcho, Minas Gerais, were mistrustful at first.

"There is no record in the literature of a black maned wolf. In the region people say that one was sighted many years ago but it was never really proofed. We did some research and came to the conclusion that this is actually the first ever registration of a black-coated maned wolf in the world. The animal’s morphology is the same as any other maned wolf’s: long legs, big ears and all the other features that characterize the species, except for the colour. We can understand that people may find it hard to believe because it is unprecedented, the photos were taken at night and it is not possible to see everything as clearly as could be wished, but there is no doubt that it is indeed a maned wolf", insisted Biotropics biologist Guilherme Ferreira, responsible for the camera trap photography procedures.

The idea now is to learn as much as possible about this animal, its habits, behaviour and, what is most intriguing of all, why is it this colour? “We will be continuing our assessment; we intend to install more camera traps in that area and, who knows, maybe we can capture a clearer image taken at the end of the afternoon or early in the morning”, enthused Ferreira.

The camera trap work is an initiative of the Biotropics Institute. In the area where the animal was caught on film, the partnership arrangement is with the Minas Gerais State Forest Institute which trained its Forest Rangers to enable them to operate the equipment and also with the ComCerrado Network which supplied the photographic material. The overall work of monitoring mammals in the Peruaçu Caves National Park is done by the Biotropics Institute and has enjoyed the support of WWF-Brazil since 2012.

The comparative assessment of biodiversity in the protected areas in the region of the Grande Sertão Veredas-Peruaçu Mosaic is unprecedented and so far it has registered the presence of more than 30 different mammal species in photographs or video footage, which amounts to 81% of all the larger species that can be found in the Cerrado savannahs. Examples are the tapir, the giant anteater, and the tiger cat (oncilla), three species listed internationally as beings under threat of extinction. Other species observed include jaguars, ocelots, deer and capybaras (see some videos below and various other through the link Camera Traps Brasil at the side of this page).

"We are convinced that our support for the Biotropics Institute has contributed to the preservation of the Cerrado biome’s fauna, especially the mammal species that roam there. This partnership is in keeping with the Action Strategy of WWF-Brazil’s Cerrado-Pantanal Programme. There can be no doubt that better knowledge and placing greater value on the region’s natural assets will continue to make a significant contribution towards their conservation. In that regard, with the aim of obtaining better, more robust results we intend to extend the partnership and expand the work to other areas of the region", declares Julio Cesar Sampaio, WWF-Brazil’s Cerrado-Pantanal Programme Coordinator.

Next year we expect to acquire new cameras and train more park personnel, as they are responsible for changing the cameras’ batteries and memory cards. Equipment will also be installed in other Protected Areas that are part of the Sertão-Veredas Peruaçu Mosaic. In the sphere of the partnership between the Biotropics Institute and WWF-Brazil, a publication based on the data gathered so far and presented in the form of a field guide to the region’s medium and large-sized mammals will be launched sometime in the first half of 2014.

"This partnership with WWF-Brazil is important because it makes it feasible for us to keep up the work for a much longer period. We will be able to analyse more Protected Areas and implement standardised procedure protocols in them. In that way we will achieve two objectives: assess biodiversity maintenance and gain an understanding of how the various categories of Protected Area protect their mammal communities", explained Guilherme Ferreira, from the Biotropics Institute, who has been conducting studies of large mammal species in the north of Minas Gerais since 2004. 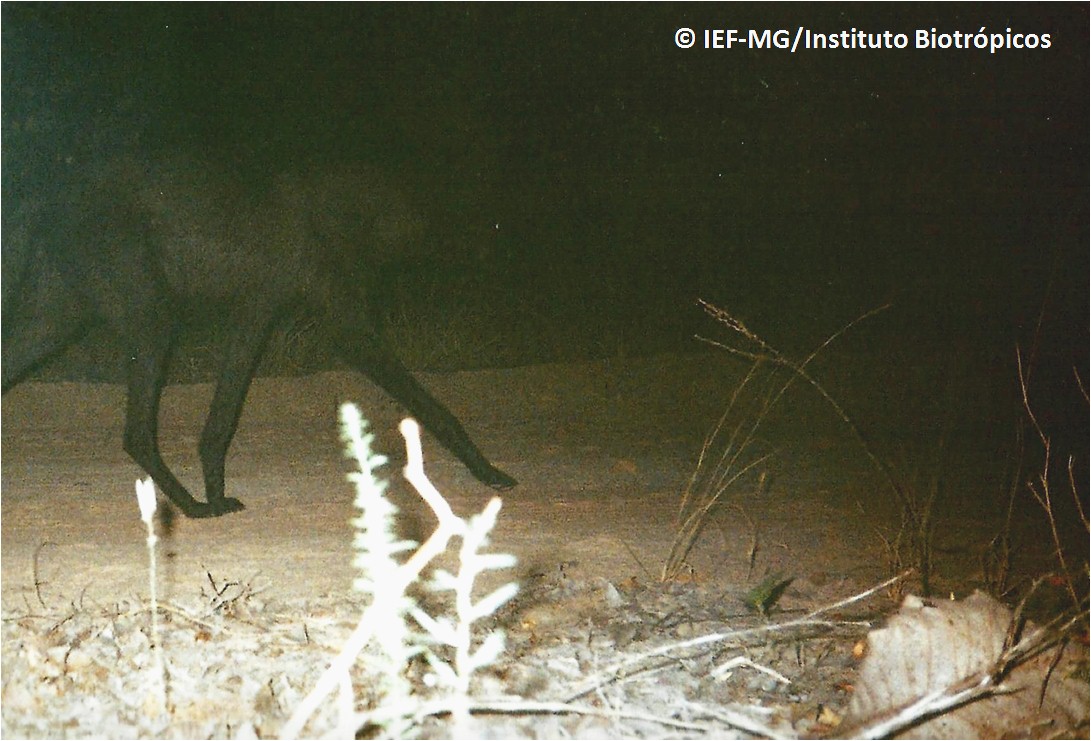 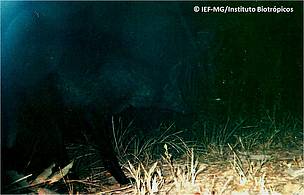 Here we get to see more of the black maned wolf face. It is the first image of an animal of that specie with such colour
© IEF-MG / Instituto Biotrópicos 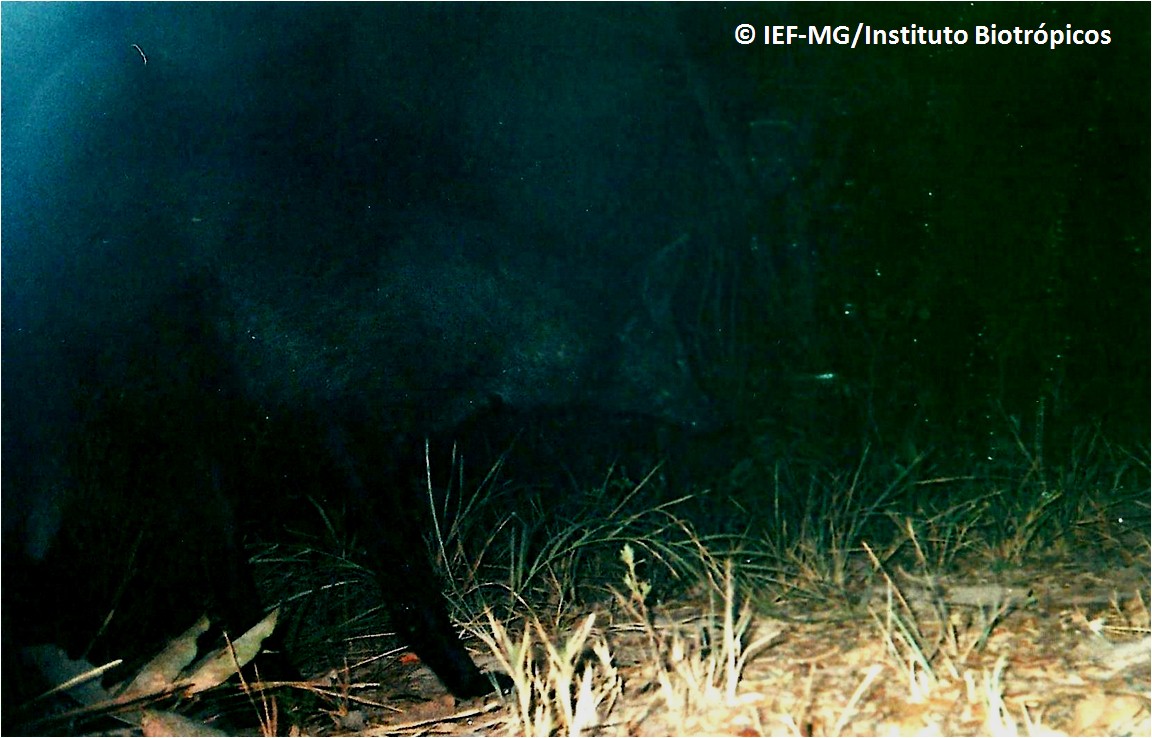 Here we get to see more of the black maned wolf face. It is the first image of an animal of that specie with such colour
© IEF-MG / Instituto Biotrópicos
DOE AGORA
DOE AGORA