Illegal trading threat species all over the world 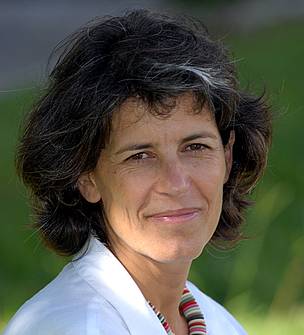 Poaching and illegal wildlife trade pose the greatest threats to some of the Earth’s most charismatic, valuable and ecologically important species. Recent months have seen a devastating and dramatic upsurge in poaching and illegal trade of high-value wildlife products. A staggering 668 rhinos were killed during 2012 in South Africa alone. Tens of thousands of elephants are slaughtered annually for their ivory. There are as few as 3,200 tigers now left in the wild.

And most of this booty is hauled to Asia – for status symbols, tourist trinkets, or supposed medicinal cures.

Illegal wildlife trade also leads directly to human injury and death. It is estimated that well over 1,000 wildlife park rangers have been killed by commercial poachers and armed militia groups in the last 10 years alone. The number of poachers killed is unknown but likely to be much higher. Yet the criminal syndicates at the heart of this trade are rarely caught, and less often prosecuted.

The rangers on the front line of this fight are the protectors of iconic species. Protectors of animals that take our breath away with their beauty, their power and their dignity – that form a vital part of the vast and complex web of life to which we all belong. They represent our natural heritage and a valuable resource for governments and communities, and without them we would be poor indeed.

In Brazil the problem is just as serious. Trafficking networks use road transportation to ship out wild animals along the roads that criss-cross the country, as the Brazilian government’s Environment Institute, Ibama, has shown.

Around 38 million wild animals are removed from Brazilian natural habitats every year. Only 4 million of them end up actually being sold, mainly in the Brazilian southeast where the demand for illegally trafficked animals is greatest. The rest end their days in cages or are released or simply die from the bad treatment they receive at the hands of traders.

A wild animal removed from its natural habitat reacts nervously to human presence and is unlikely to thrive or reproduce in captivity. Contrary to what many people believe, parrots, marmosets, tortoises and macaws are all wild animals. They belong to, and live better in natural surroundings.

Capturing or selling wild animals is an illegal practice but nevertheless it is common all over Brazil. The biggest victims are the songbirds and other bird species that are highly beautiful, as they are the species most sought after by those who wish to raise them in captivity. The illegal trading in wildlife species is also stimulated by collectors, pet shops, industries and even those interested in research and bio-piracy.

The illegal transport networks are similar to those employed by traffickers in drugs, arms or precious stones and their methods include falsifying documents, bribing, tax evasion and establishing national and international routes for shipping out animals that have, in most cases, been removed from Brazil’s most preserved regions.

It so happens that all animals perform a natural function in their environments. Many bird species, for example, disperse the seeds that are destined to keep the forests healthy while others control the populations of insects that are such a nuisance to people. To ensure that wildlife species can carry on performing their roles, charming people with their natural grace and freedom, we must consolidate the protected areas and strengthen the joint actions undertaken to curb these illegal practices that are so harmful to the environment.

To that end we have unfolded an international campaign against illegal, unsustainable trading in wild animal species and their sub-products. Alongside the International Union for Conservation of Nature we have established a programme to support the Convention on International Trade in Endangered Species of Wild Fauna and Flora (CITES).

WWF was founded on the desire to give such incredible animals a chance at survival – for their own sake, and for the sake of life itself. After all, wild animals have not committed any crime and do not deserve to end their lives behind bars or to be simply exterminated. There is so much that hangs on the survival of tigers and rhinos – economies and societies are inextricably linked to them.

There is hope that we can save them from this poaching and trade crisis, if we all refuse to stand by while these crimes continue unchecked. For example, a new WWF petition launched this month targets consumption in Thailand – www.panda.org/petition – and every name counts in building a coalition of the outraged to pressurise those in power to change this.

Everyone – be they activists or businesspeople, journalists or artisans, tourists or presidents, can play a part in their own spheres of influence in putting a stop to wildlife poaching and illegal trade. The time to do so is now. We’ve seen too much already – and it could soon be too late. 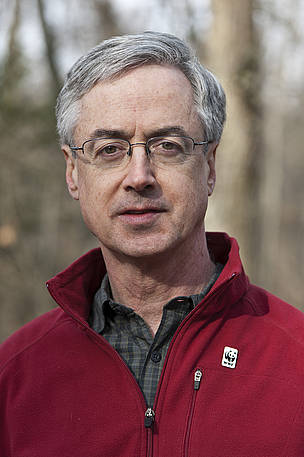 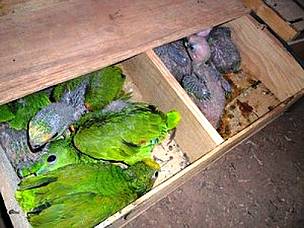