Cerrado: water, legislation and the future of Brazil

If Brazil wants maintain its position as one of the world’s leading suppliers of meat and grains and continue to produce food for its own domestic population, then it cannot do without water and soils in adequate quantities and of adequate quality. There is no magic formula. Those are the natural resources that have made the country the powerful agro-exporter it is today, and it is exactly the preservation and wise management of those resources that will guarantee  a future less threatened by risks such as those associated to climate change, for example.

In view of the immensely important issues involved, it is amazing how strategic regions like the Cerrado continue to be the historic targets of negligent public policies or policies that are responsible for, and have encouraged the reckless advance  of the frontiers of agriculture  and cattle raising, the drastic fragmentation of what is left of the biome  and the pathetically low level of protection afforded to the Cerrado, which currently stands  at less than 3% of its total area.

The threats embodied in the current development model involve the elimination of natural systems that are still capable of supplying water to three important aquifers  and six of Brazil’s major watersheds – Amazon, Tocantins, Atlantic North-Northeast, São Francisco, Atlantic East and the Parana-Paraguay.

It is not for nothing that the Cerrado is often referred to as ‘Brazil’s water tank’ and those waters generate the electricity used by nine out of ten Brazilian citizens, raise crops irrigated by almost seven thousand central pivot sprinkler systems concentrated in municipalities like Cristalina (Goias), Paracatu (Minas Gerais) and Luiz Eduardo Magalhães (Bahia), guarantee the continued existence of the Pantanal and the  production of food crops by family-based agriculture  and reach out to the world in the form of exported soy, meat and other commodities.

Concepts like ‘water footprint’ are beginning to slowly gain space in Brazil, classifying water resource use and consumption into ‘green water’ (used in the production of plants),’ blue water’ (taken straight out of the rivers) and ‘grey water’ (used to dilute organic effluents). Big corporations have begun to adopt those concepts in an effort to reduce their water consumption.

Other challenges are associated to conventional agriculture, which is still one of the greatest consumers of this resource. Adopting innovative technologies that reduce water use and wastage, implanting production systems based on water and soil conservation, and certification of rural production are all measures that not only benefit the environment but also keep the gateway to globalised markets open  and money in the pockets of  those producing in rural areas.

The Brazilian Forest Law is the most important piece of legislation that deals directly with water resource issues and has done so ever since its earliest version was created to protect and maintain forests and the environmental services associated to them, such as water supply, and the preservation of biodiversity.  Universities, organised civil society, legal experts, small-scale crop and cattle farmers  and the Brazilian National Water Regulatory Board have all come out totally against the risky direction taken by the proposed unilateral alterations to this Law.

This is not the time for backsliding. Brazil needs to make full recognition of the strategic importance for the future represented by its absolutely unparalleled natural assets. Any piece of legislation is obviously susceptible to being improved and the Forest Law is no exception. However, the very best that Science currently has to offer recommends a course totally different from the directions envisaged by backward segments of the agribusiness sector. One different approach to improving current legislation would be to base the alterations on a system of incentives, including financial incentives.

While the temperature of the discussions around the Forest Law issues is rising, there other projects the Congress is processing at a snail’s pace, which, if they were approved and enacted, could have a highly positive impact on the preservation and adequate use of the Cerrado and other Brazilian regions.

One such proposal, awaiting approval in the House of Representatives since 2006, is the amendment to the constitution that would recognize the Cerrado and Caatinga biomes as national heritage formations; another is the draft bill with a proposal to stimulate small-scale farmers to preserve the standing forest on their properties by making payment for the environmental services provided by the standing forest; and yet another  is the regulation of Article 23 of the Federal Constitution  which establishes norms for cooperation among Federal Union, States and Municipalities for the protection of the environment.

Furthermore, and why not, there is a great need to review the productivity indexes of crop and cattle production, something that successive governments have promised but never done. Currently there 211 million hectares of land occupied by cattle raising activities with extremely poor productivity levels, around 1.1 head per hectare; and there are 60 million hectares of degraded pastureland, especially in the Cerrado and in the areas between the Cerrado and Amazon formations.

If measures like these were approved and implemented they would help Brazil to point its entire  rural production in a more sustainable direction and maintain precious environmental services that benefit Brazilian society at large, as well as restoring and preserving vegetation formations of inestimable value  such as the Cerrado, which is till resisting after five decades of  aggressive deforestation. 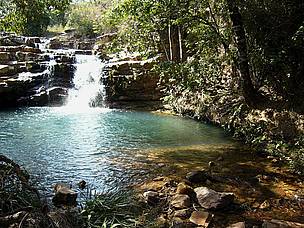 It is not for nothing that the Cerrado is often referred to as ‘Brazil’s water tank’. In the photo, the waterfall Poço Azul, in the Federal District.
© WWF-Brasil/Aldem Bourscheit 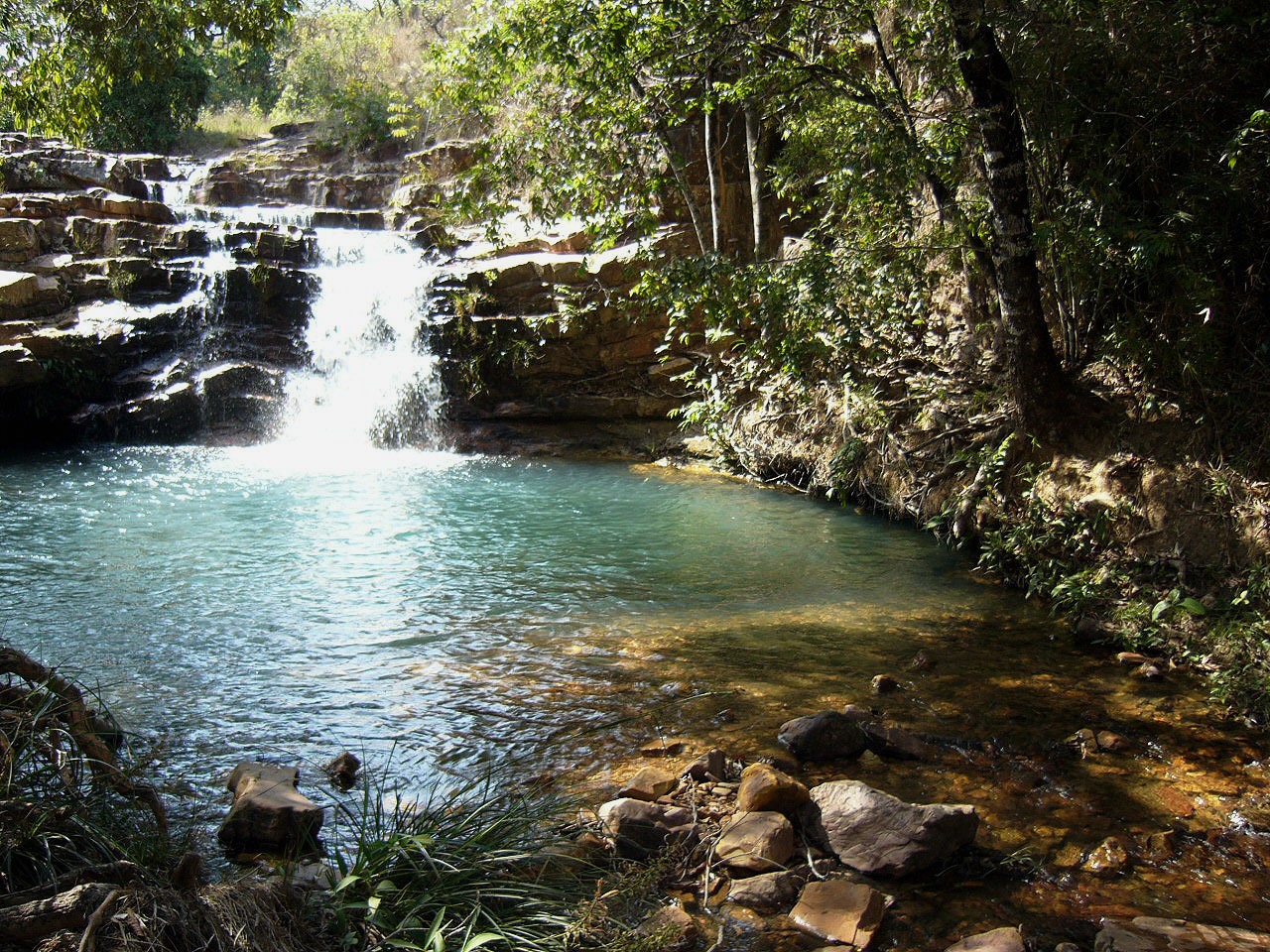 It is not for nothing that the Cerrado is often referred to as ‘Brazil’s water tank’. In the photo, the waterfall Poço Azul, in the Federal District.
© WWF-Brasil/Aldem Bourscheit
DOE AGORA
DOE AGORA