Positioning Note: About the arrest of members of the Alter do Chão Brigade, WWF-Brazil informs: 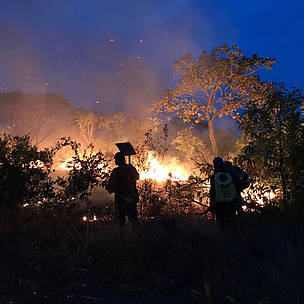 WWF-Brazil is a Brazilian civil society organisation with over 20 years of experience in the country. One of WWF-Brazil’s priorities is fighting against deforestation in the Amazon, and this year, the institution reinforced its action due to the scandalous increase of burning in the region.

In the case of the Alter do Chão Fire Brigade, WWF-Brasil has a Technical-Financial Partnership agreement with the Instituto Aquífero Alter do Chão for the purchase of equipment for forest fires fighting activities in the total amount of R$ 70,654.36, active from October 2nd, 2019, to March 30th, 2020. In this kind of partnership, WWF-Brazil’s support made financially viable the purchase of fire fighting equipment, including dampers, blowers, boots and protective masks.

The Alter do Chão Fire Brigade is in the implementation phase of activities and accountability, with proof of accomplishment of what was agreed.

WWF-Brazil has been following the police operation since the beginning of November 26th and is seeking more accurate information about the charges.